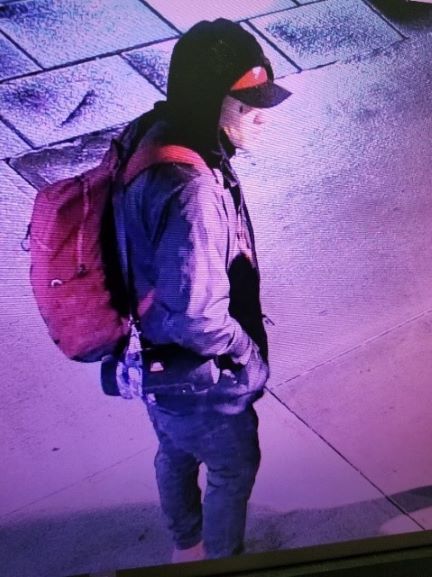 SURREY RCMP are asking for the public’s assistance to identify the suspect in an assault with a weapon that occurred in Whalley in October 2020.

This investigation began shortly after 11:30 p.m. on October 17, 2020, when Surrey RCMP responded to a report of an assault with a weapon outside a business in the area of 101 Avenue and King George Boulevard. Upon arrival, police located two victims who had been assaulted by an unknown man. Both victims were transported to the hospital with non-life-threatening injuries. The suspect fled the scene prior to police arrival.

After other avenues of investigation have been unsuccessful, police are releasing a photo of the suspect and are asking for the public’s help to identify him.