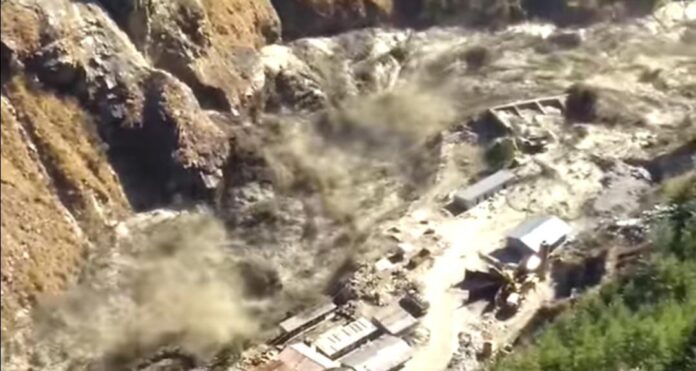 Chamoli (IANS): At least 202 people are missing while 18 bodies have been recovered so far after a flash flood inundated a power project at Raini village in Uttarakhand’s Chamoli district, the state government said on Monday.

The Indo-Tibetan Border Police (ITBP), which is engaged in rescue and relief operations, also cited updated inputs received from the local administration, and said that 202 people are still missing.

In an official release, the Uttarakhand government said that 18 bodies have been recovered so far while 202 people are still missing.

The state government said the list was prepared on Monday afternoon.

It added that about 25-35 people are trapped inside a tunnel, and the operation to rescue them is underway. The state government said the people trapped inside the tunnel are also included in the list of the 202 missing people.

An ITBP official said that 21 people from Rhitwik company, 100 from the associate company of Rhitwik, three from HCC Company, 21 from Om Metal, two persons each from Tapovan, Ringi and Karchao village, 46 people from Rishi Ganga Company and five people from Raini village are still missing.

The tragedy took place after the water level in the Dhauliganga river, one of the six sources of the Ganga river, suddenly surged on Sunday morning following an avalanche near the Rishi Ganga power project. The 85 km river meets the Alaknanda river at Vishnuprayag at the base of Joshimath mountain.

The ITBP said the flash flood occurred in Rishi Ganga at around 10.45 a.m. due to a glacier falling into it, thereby exponentially increasing the volume of water.

Due to this, the Rishi Ganga hydro project was completely devastated, it said.

The paramilitary force said connectivity of its border outposts was totally restricted due to the bridge destruction near the Reni village.

INDIA: Over 150 missing, 10 bodies recovered in glacier burst in Uttarakhand