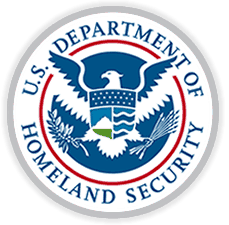 This operation targeted public safety threats, such as convicted criminal aliens and gang members, and individuals who have violated the immigration laws of the United States – including those who re-entered the country after being deported and immigration fugitives ordered deported by federal immigration judges, according to ICE.

Of those arrested in central, western and northern New York state, almost 30 percent had criminal convictions or pending criminal charges.

“I commend the brave men and women of ICE who work tirelessly to keep our communities safe in the State of New York,” said Thomas Feeley, field office director for ICE Enforcement and Removal Operations (ERO) Buffalo, which covers the 48-county region. “ICE will continue to ensure that New York state will never be a safe haven for criminal aliens.”

Among those arrested during the operation are:

A Salvadoran national with criminal convictions for theft, assault and felony sexual assault.

Seven of the individuals arrested during the enforcement action have been accepted for federal prosecution for re-entry after deportation, a felony punishable by up to 20 years in prison. Those not being criminally prosecuted will be processed for removal from the country. Individuals who have outstanding orders of deportation, or who returned to the United States illegally after being deported, are subject to immediate removal from the country.