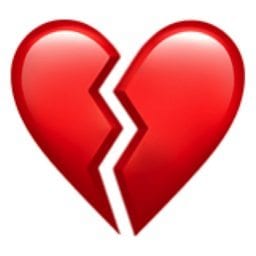 A study released by the Better Business Bureau (BBB) reveals an estimated 1 million Americans and Canadians have been victimized in romance fraud scams with losses nearing $1 billion over the last three years. BBB warns those who use dating websites to be wary of scammers who prey on unsuspecting victims.
The study – “Online Romance Scams: A Better Business Bureau Study on How Scammers Use Impersonation, Blackmail and Trickery to Steal from Unsuspecting Daters” – says the scheme can take a number of months to play out as the scammer gains the victim’s trust. The scammer eventually will ask for small amounts of money to feel out the victim. Victims often turn into unknowing accomplices of money laundering.
The study recommends that law enforcement agencies share more information about successful romance fraud prosecutions, do more training and prosecute more cases. BBB recommends online dating sites and social media do more to screen, identify and remove profiles used for scams. There also needs to be more support services offered for romance fraud victims.
“We believe that this is an under reported crime with many victims too embarrassed to report what has happened to them,” says Evan Kelly, Senior Communications Advisor for BBB serving Mainland BC. “Victims can be wiped out financially. Emotionally, it is also devastating. Some victims have considered suicide. If you are going to search for a date online, it’s vital that you know the person on the other end of the conversation is who they say they are. Canadians lost over 19 million in 2017 to this scam, and that’s a very low estimate.”
Among the report’s key findings:
The report was prepared by C. Steven Baker, BBB International Investigations Specialist. Baker is the retired director of the Federal Trade Commission’s Midwest Region.
In his role with BBB, Baker is working with an alliance of five BBB’s, including the St. Louis office, in analyzing and reporting on some of the most pervasive fraud issues that impact American and Canadian consumers. This is his third study released through BBB. A September 2017 study on puppy scams and a December 2017 study on tech support scams he authored each were met with worldwide media coverage.
BBB offers the following tips for daters to avoid being caught in a romance scam:

BBB’s tips on buying your next vehicle online