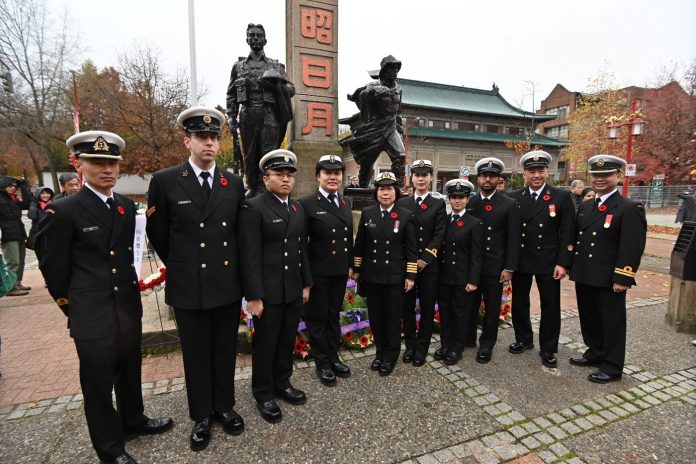 THE annual Chinatown Community Remembrance Day Ceremony took place at the Chinatown Memorial Square in Vancouver on Monday afternoon, honouring the many sacrifices and contributions made to Canadian society by Chinese-Canadian veterans and pioneers.

“We honour both our Chinese-Canadian, as well as all of our veterans, for their sacrifices so that we can enjoy the freedoms we have today,” said Terry Yung, Board Chair of S.U.C.C.E.S.S.

“S.U.C.C.E.S.S. is pleased to be a part of such a meaningful tradition, and we take great pride in co-organizing this event in conjunction with our neighbouring Chinatown associations,” said Queenie Choo, CEO of S.U.C.C.E.S.S.

The event included recitals of “This Was My Brother” and “The Poppy Reminds Me,” as well as a keynote address from Jun Ing, Vice President of the Chinese Benevolent Association of Vancouver, a co-organizer of the event. The event concluded with the placing of wreaths by guests.