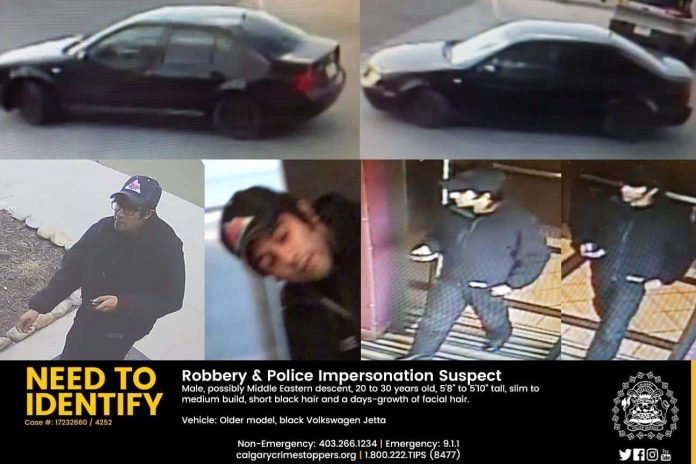 Asif Ali Choudhry has been arrested in B.C. and will be sent to Alberta. He is charged through warrants with two counts of robbery and three counts each of forcible confinement and police impersonation.

INVESTIGATORS with Ontario’s York Regional Police Special Victims Unit – Human Trafficking Team have identified the suspect in a sexual assault that took place in the City of Vaughan and are seeking public assistance to locate him.
On Thursday, June 8,  at approximately 8 p.m., the suspect met with an 18-year-old female escort after arranging a date at a hotel, in the area of Interchange Way and Highway 7. The suspect told the female that he was a police officer and showed a document claiming that he was executing a warrant. He then sexually assaulted the victim and left with a quantity of currency. The suspect is believed to have committed similar offences in other provinces.
A Canada-wide warrant is currently being sought for the arrest of Asif Choudhry.
Wanted:
• Asif Choudhry, 33, of Sechelt, British Columbia
• Aka Brandon
Charges:
• Sex assault with a firearm
• Forcible confinement
• Robbery with a firearm
• Impersonation of a police officer
Choudhry is considered armed and dangerous. If located do not approach, call 9-1-1 immediately.
Anyone with information is asked to call the York Regional Police Special Victims Unit – Human Trafficking Team at 1-866-876-5423, ext. 6800, email humantraffickingteam@yrp.ca , or contact CrimeStoppers anonymously at 1-800-222-TIPS, or leave an anonymous tip online at www.1800222tips.com, or text your tip to CRIMES (274637) starting with the word YORK. 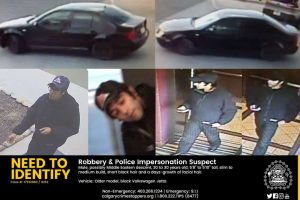 MEANWHILE, Calgary Police are also looking for a similar person.

Police say that on Monday, June 5, 2017, a female victim was contacted by a man she met online and agreed to meet him later that evening at a business located in the 2800 block of Sunridge Way N.E. At approximately 7:45 p.m., the man arrived to the business and immediately identified himself as a police officer and stated that he had search warrant for drugs. The woman asked for the man’s badge number, at which point the offender grabbed and pushed her and began yelling at her to stop resisting arrest. The victim requested the offender to get more officers to execute the search warrant, at which time the offender fled the business.
The victim followed the offender and observed him entering an older model, black Volkswagen Jetta.
The offender is believed to be the same man responsible for similar offences that occurred earlier this year, and is not a legitimate police officer.
The man is described as possibly being of Middle Eastern descent, approximately 20 to 30 years old, 5’8” to 5’10” tall, with a slim to medium build, short black hair and a days-growth of facial hair. In the most recent incident, the man was wearing a dark-coloured, long-sleeve shirt and a black vest that said “POLICE” in large letters underneath a dark-blue jacket. It is believed the man was also wearing a belt that was holding a flashlight, baton and a gun in a holster.
Anyone with information about these incidents or the identity of the suspect is asked to call the Calgary Police Service non-emergency line at 403-266-1234. Tips can also be left anonymously be contacting CrimeStoppers through any of the following methods:
TALK: 1-800-222-8477
TYPE: www.calgarycrimestoppers.org