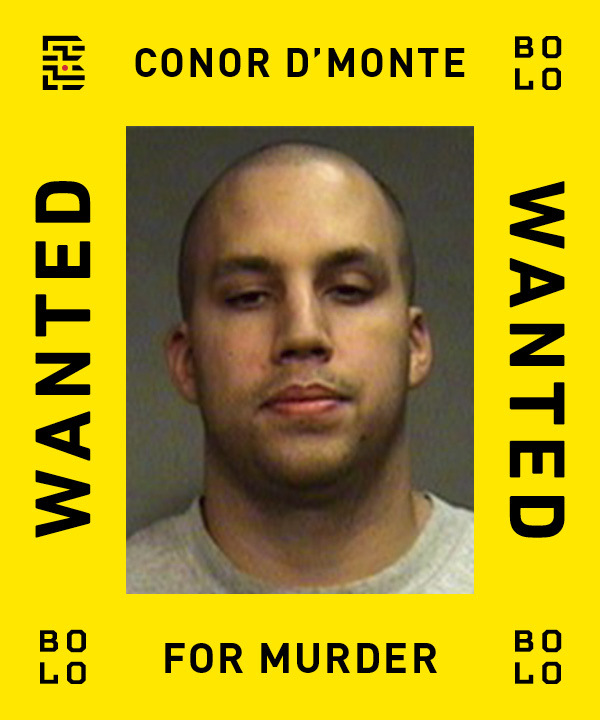 THE Combined Forces Special Enforcement Unit (CFSEU-BC) announced on Friday evening that it has been advised that Conor D’Monte, a fugitive who has been the focus of a sustained international manhunt for over a decade for the murder of Kevin LeClair, has been arrested in Puerto Rico.

In 2008 and 2009, the Lower Mainland of British Columbia was in the midst of some of the worst gang violence in its history. The two main rival groups, the Red Scorpions and the United Nations, were openly shooting each other’s members and innocent victims were killed in the crossfire. Police agencies across the region began joint investigations into the members and the groups, which culminated, over time, in the arrests and convictions of dozens of gang members and their associates.

In February 2009, Kevin LeClair, a Red Scorpions gang member, was murdered in a brazen daylight shooting at a strip mall in Langley. While Kevin LeClair’s murder was one of many, it prompted one of the longest and most involved joint investigations in CFSEU-BC’s history, one that continues to this day.

The violence associated to the United Nations gang, including the murder of Kevin LeClair, resulted in the CFSEU-BC and Integrated Homicide Investigation Team (IHIT) joining forces. As a result of the combined efforts, between 2008 and present, there have been 18 arrests and 12 convictions of UN gang members and associates for serious offences, including murder and conspiracy to commit murder.

One of those people charged with the murder of LeClair is D’Monte, a high-ranking UN gang member.

CFSEU-BC, IHIT and Canadian authorities will now work with the Canadian Government and Puerto Rican authorities to confirm that the man arrested in Puerto Rico is Conor D’Monte and then, once confirmed, arrange for D’Monte’s extradition to Canada, so court proceedings against him can begin.

“CFSEU-BC, IHIT, and numerous law enforcement partners worldwide, with the support of programs like Crime Stoppers and the BOLO Program, have relentlessly pursued Conor D’Monte to hold him accountable for his alleged involvement in the murder of Kevin LeClair and the gang violence that plagued British Columbia for years”, said Assistant Commissioner Manny Mann, CFSEU-BC Chief Officer. “The work to hold those accountable for their involvement in violent gang activity and to bring closure to the families of the victims does not end with someone’s arrest. We always knew this day would come and we will now continue our efforts to support the extradition and prosecution.”