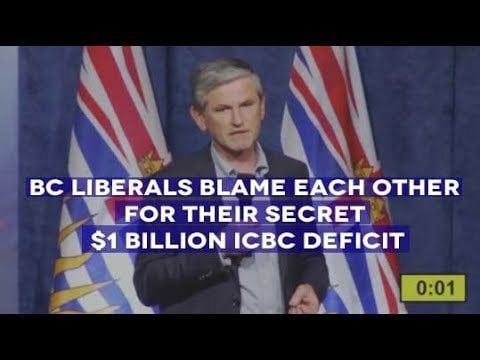 THE NDP on Tuesday sent out a short clip of Andrew Wilkinson and Todd Stone from the BC Liberal leadership debate in Nanaimo that they noted showed:

– The entire BC Liberal cabinet was fully aware of, and had discussed at length, how much of a mess ICBC had become under their watch (yet they kept it secret from voters – claiming the deficit was only $11 million, when it was actually almost $1 billion).

– They know their  mess and the impact it will have on family budgets is a serious political problem, so they’re blaming each other – individually trying to distance themselves.