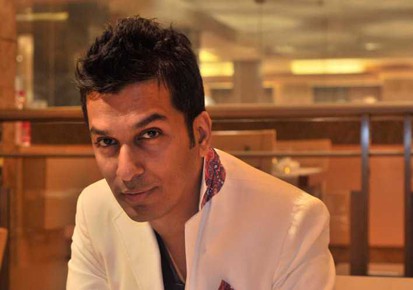 Mumbai (PTI): Designer-turned-filmmaker Vikram Phadnis says superstar Salman Khan is a loyal friend and has been by his side throughout his career.

Vikram says it was Salman who helped him find a footing as a designer.

“He (Salman) gave me a life. I had none before I met him. I have known him for long, even before I got into fashion, it is a 30-year-old friendship.

“I owe him back in life. I haven’t seen a loyalist in this industry as bigger and better than Salman Khan…I have not interacted with somebody who is that fiercely loyal,” Vikram told PTI.

Vikram asked Shah Rukh Khan to do the mahurat shot of his directorial debut “Hrudayantar”, Hrithik Roshan launched the trailer of the film and Aishwarya Rai Bachchan turned up for the music launch event.

“They all were part of my film in some or the other capacity due to the friendship and the relationship I share with them over the years. But, whatever I am today is because of Salman. Unfortunately, every time I had an event he was busy with his film ‘Tubelight’. I feel so bad he couldn’t be part for these important events of my life,” he says.

The designer insists it is not a conscious decision to rope in stars to promote his debut film.

“It was overwhelming to see not one person declined (to be part of my film)…it did give my film a certain mounting. When SRK did my mahurat, Hrithik did trailer launch and Aishwarya did music launch, I felt this film was blessed,” he adds.

The “Krrish” star also has a cameo appearance in “Hrudayantar” and the director says the actor gave his nod to the role as he believed in the film.

“Hrithik has acted in this film. He didn’t do that because he is a friend, he did it because he believed in it.

There was no need for Hrithik to do the film but he believed in it. If Hrithik didn’t do the role I couldn t have taken any other hero. He did this role because he liked it,” Vikram says.

“Hrudayantar” is a Marathi-language drama film starring Subodh Bhave and Mukta Barve in lead roles. The film is scheduled for release on July 7.