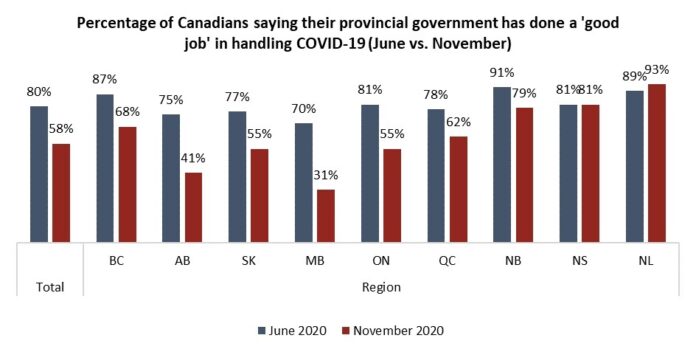 NEW data from the non-profit Angus Reid Institute finds majorities in most – but not all – provinces saying their respective provincial governments have done a “good job” handling the COVID-19 pandemic. The exceptions: Alberta and Manitoba.

That said, approval of pandemic handling at the provincial level has dropped precipitously from the summer in almost every region. In June, an average of 80 per cent said their provincial government was doing well – now that number is 58 per cent.

As Canadians voice concerns about what the coming year will hold for their own personal finances, satisfaction with management of their respective provincial economies and the deficit has dropped considerably over the past six months.