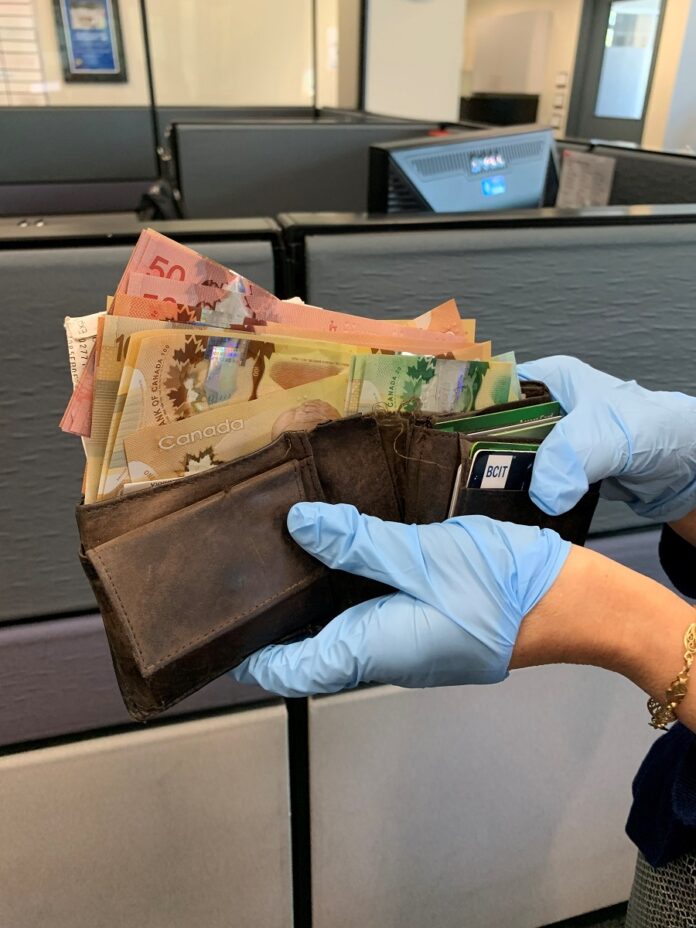 “It was a true George Costanza wallet,” stated Constable Keall. “It had so much cash and cards inside it didn’t fold shut.”

The owner of the wallet was contacted, and he was very much relieved that the entire contents of the wallet were returned. The owner said that when he lost the wallet, he was heading to the bank to deposit the funds.

“Unfortunately in policing we often deal with the negative aspects of human behaviour,” said Deputy Chief Constable Paul Hyland. “It is always great to get a file like this that reminds us how amazing people can be, especially during a time when so many are negatively affected by the COVID pandemic.”

The New Westminster Police Department allows residents to file police reports for any lost property through online reporting which is available on its website at www.nwpolice.org.

[Note: The George Costanza wallet was made famous in the Seinfeld episode “The Reverse Peephole” where George carries around a wallet so fat that it interferes with him sitting and makes his back hurt – Google]