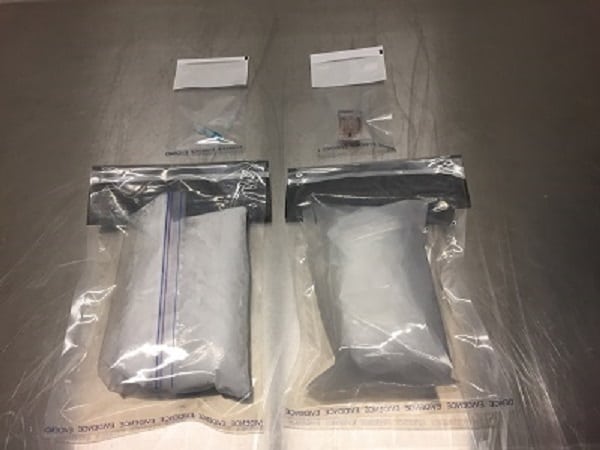 ON Monday (March 26), at 8:58 a.m., 100 Mile House RCMP in B.C. received a report of a single vehicle crash on Highway 97 near 93 Mile House. On scene, police quickly discovered that the crash was a result of travelling too fast for road conditions. The driver and passenger suffered minor injuries.

During the course of the investigation, police realized they were dealing with something more than a crash. Evidence gathered at the scene lead police to search the vehicle where they discovered a significant amount of illegal drugs.

Police said they seized what is believed to be over 740 grams of amphetamine and cocaine. The police investigation is ongoing.