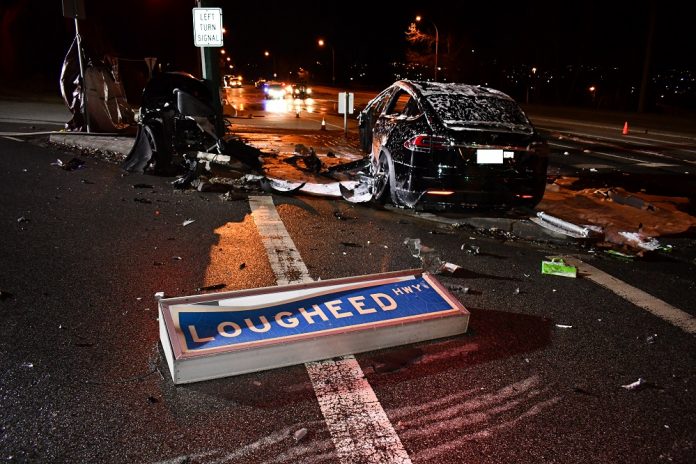 A Coquitlam RCMP investigation has found that impairment and speed, not mechanical or computer failure, were the decisive factors in a fatal, single-vehicle crash earlier this year involving a Tesla.

The crash happened on Lougheed Highway near Alderson Avenue just before 1 a.m. on March 18. The driver and lone occupant of a Tesla was killed when the vehicle lost control and left the road.

A thorough police investigation, led by Coquitlam RCMP’s Criminal Collision Investigation Team (CCIT), has determined that the driver had more than three times the legal amount of alcohol in his system and was travelling over 150 km/h in a 60 km/h zone.

Due to Privacy Act considerations, the name of the driver will not be released, said Cpl. Michael McLaughlin.