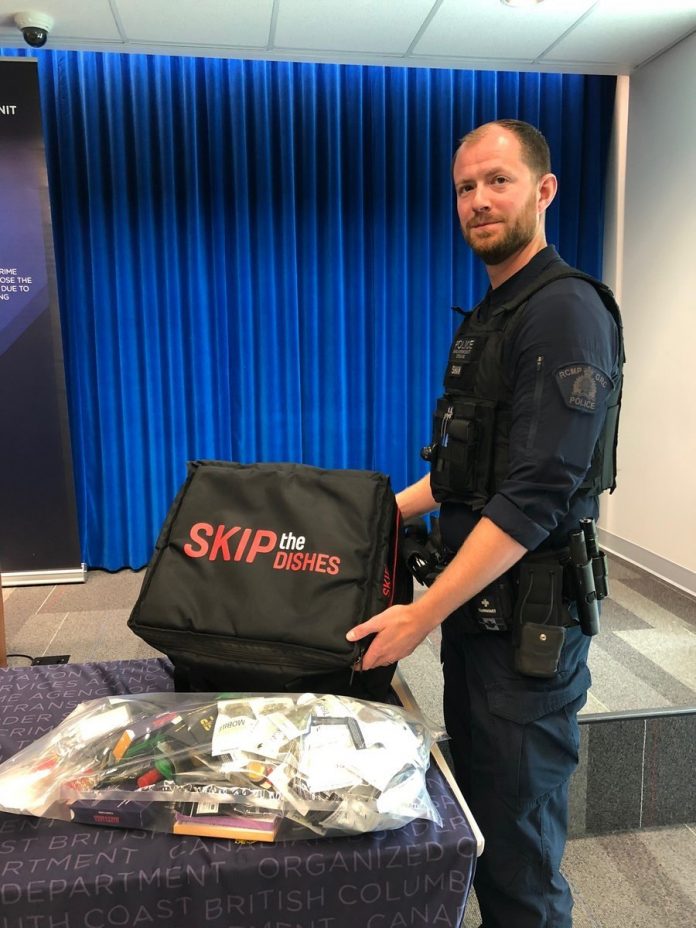 59 arrests, 111 charges under provincial statutes and 45 criminal charges so far

MARCH is the month when violence suddenly springs up throughout the province of British Columbia after hibernating through the winter holiday season.

That has been the trend for the past decade.

So in March of this year, the Combined Forces Special Enforcement Unit of British Columbia (CFSEU-BC), Surrey RCMP and Abbotsford Police Department embarked on a 30-day project dubbed Para Bellum.

The CFSEU-BC Strategic Research Office examined the data available in relation to the events in March and provided insight into historical patterns with respect to location, day of the week and even the time of day that a violent act might occur.

This information was combined with traditional criminal analysis, and the contributions of law enforcement agencies across the province to the Provincial Tactical Enforcement Priorities, which identified individuals who either lived or were criminally active in the identified areas of concern.

Throughout the project the collaborative team checked 2,147 people and 1,101 occupied vehicles, and created 435 files. This resulted in 59 arrests, 111 charges under Provincial statutes, and 45 criminal charges so far, with multiple files still under investigation. Also, over 40 prohibited weapons were seized and four firearms. Also seized were quantities of suspected cocaine, over one kilogram of crystal meth, Xanax and fentanyl.

The CFSEU-BC’s researchers and intelligence analysts are in the process of working with their policing partners, analyzing the information captured during this project, to determine the overall impact it had in reducing acts of gang-related violence. The CFSEU-BC says it will continue to refine the methodologies used in relation to intelligence-led projects such as Para Bellum in its efforts to reduce gang-related harm in communities.

“The Surrey RCMP continues to work with our policing and community partners to reduce violent crime throughout the Lower Mainland,“ said Superintendent Shawn Gill, Surrey RCMP Community Services Officer. “The intelligence generated from this project will assist investigators and analysts from several units dedicated to addressing public safety related to gang conflict.”

The Abbotsford Police Department’s gang strategy stands on four pillars: Suppression, Prevention, Intervention and Community Engagement. “We are active participants with both proactive and reactive enforcement efforts with municipal, provincial and federal policing partners”, said Chief Constable Mike Serr, Abbotsford Police Department. “Our goal however, is to go beyond the traditional police response to gang crime and engage the expertise of our social partners and our community. Suppression (disruption and enforcement) is our response to dealing with those youth that are already entrenched in the gang lifestyle. We haven’t been able to arrest our way out of the gang conflict.

“We need to educate youth to give them the knowledge they need to make a choice to not enter the gang lifestyle (Prevention); and when we do that we need to support those youth, their families and those on the periphery of gang life (Intervention); to do this we need to have a presence in the community where we challenge the community to come together and help us help them (Community Engagement). Our strategies slogan is “Our Youth, Our Community – Abbotsford’s Gang Strategy”.”