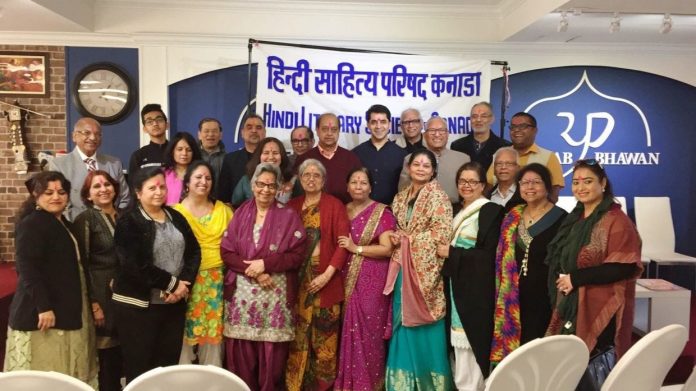 THE Hindi Literary Society of Canada, B.C., organized its Annual General Meeting and Kavi Goshthi (poetical symposium) on March 3 on the occasion of the festival of Holi at Punjab Bhawan in Surrey.

The previous year activities were reviewed and a new board of the society was established to promote Hindi and Hindi literature in BC and a detailed plan was chalked out.

Suggestions were made to promote the visibility of the organization by conducting more Hindi-related activities and volunteering at various events. The audience showed a lot of enthusiasm in enrolling for the membership of the society. Many activities such as Hindi Partiyogita, Kavi Sammelans, Annual Lok Mahotsav, annual picnic, and Republic Day celebrations in collaboration with the Indian Consulate General were agreed upon.

Following the AGM, a Holi Kavi Darbar was held with Hindi poems recited by a raft of established and new poets. HLSCBC members brought alive the true spirit of Holi by reciting Holi songs and poetry to the beats of Dholak and Tabla, the classical instruments of Hindustani music.

Another colorful feature was traditional sweets of Holi – Gujiya and Kaju Barfi in addition to chai and samosa. The audience enjoyed the festivities and greeted each other with Holi colours.

Sukhi Bath, owner and founder of Sukhi Bath Motors and Punjab Bhawan, also assured full support for all future events of the society.