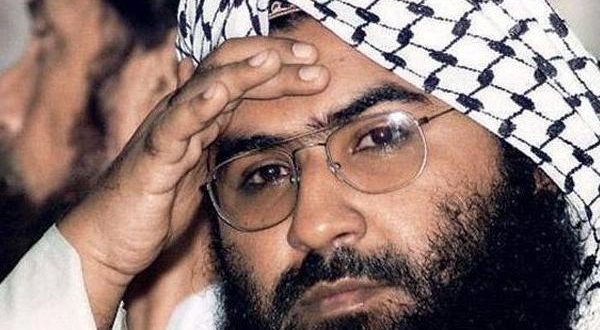 Islamabad (IANS): Pakistan Foreign Minister Shah Mehmood Qureshi has admitted that Jaish-e-Mohammad (JeM) chief Masood Azhar (see photo) is in Pakistan and is “very unwell”, adding that Islamabad is open to “any step” that will lead to a de-escalation of tensions with India.

“Prime Minister Khan made the statement (about Varthaman’s release) while addressing a joint session of Parliament (on Thursday) and this is a goodwill gesture. This is an expression of Pakistan’s willingness to de-escalate,” the Minister told CNN.

When asked if Azhar was in Pakistan and if authorities would go after him in the wake of the escalation of tensions, Qureshi replied: “Well he is in Pakistan.

“According to my information, he is very unwell. He is unwell to the extent that he cannot leave his house.”

Queried about why has Pakistan not arrested Azhar, despite the fact that the JeM has been labelled a terrorist organisation which causes “incredible tension between the two highly armed neighbours”, the Minister said: “If they (India) give us evidence which is acceptable to the courts of Pakistan… If they have solid, inalienable proof, share it with us so that we can convince the people and the independent judiciary of Pakistan.”

Following the February 14 attack by a JeM suicide bomber on a CRPF convoy in Jammu and Kashmir’s Pulwama causing the death of 40 troopers, the Pakistan Prime Minister had asked India to provide evidence to Islamabad to take necessary action.

Qureshi said that Pakistan follows a “legal process” and will have to “satisfy that legal process” for the country to take any action against Azhar and his group.

The Minister told CNN that an all out war between India and Pakistan would be “mutual suicide”.

“When I learned about the tragic Pulwama attack, I condemned it and made a very balanced and sincere offer (to India). If you have evidence, share it with us, we will honestly and sincerely investigate.”

He said that the new Imran Khan government has a “new mindset”.

“After a very long time there is a government in Pakistan which supports the Pakistan Armed Forces. The civil and political leadership is on the same page.

“The policy of this government is that we will not allow our soil to be used by any organisation or individual for terrorism against anyone and that includes India,” Qureshi told CNN.

The Minister thanked US President Donald Trump “for taking an interest to de-escalate the situation”, adding that the “US can play a significant role”.

“The US and Pakistan have had good relations for decades. We have been allies. I am happy that they have taken notice of the situation… This is a very welcomed development.”