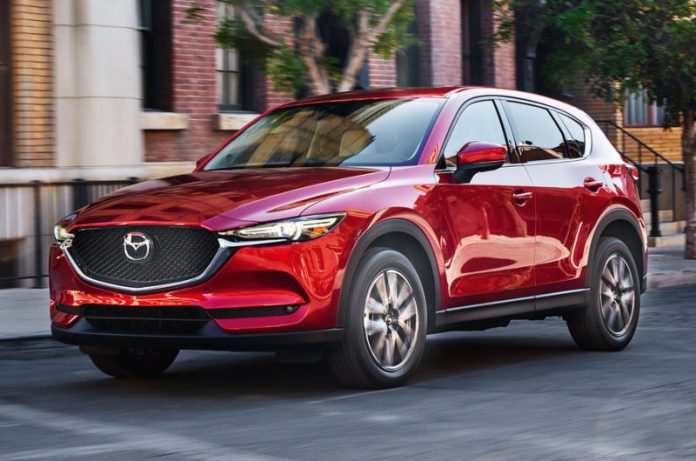 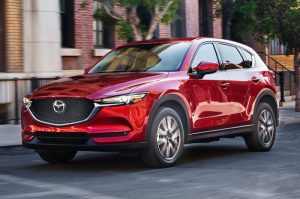 Back in February, Mazda Canada introduced the new 2017 Mazda CX-5 crossover to the Canadian   during a press conference at the Canadian International Auto Show. This second generation compact crossover features Mazda’s SKYACTIV Technology, an evolutionary KODO – Soul of Motion design theme, and will launch Mazda’s first passenger vehicle with a diesel engine in Canada in the fourth quarter of 2017. Starting price of the new CX-5 will be $24,900, and will include a long list of new standard features, including G-Vectoring Control, LED headlights and daytime running lights, 17-inch alloy wheels, rearview camera, noise-isolating windshield, 7-inch touchscreen with Mazda Connect and HMI Commander, Bluetooth, and more.

The first technology in the SKYACTIV-VEHICLE DYNAMICS series, G-Vectoring Control (GVC) further advances the unified feel that has always defined the dynamic performance of Mazda vehicles, and was recently awarded AJAC’s Best New Innovation Technology for 2017.

The powertrain lineup will be comprised of three engines and two transmissions, all providing powerful acceleration and excellent real-world fuel economy. At the entry level, the CX-5 will be powered by a 2.0-litre SKYACTIV-G four-cylinder engine, which produces 155 horsepower and 150 lb-ft of torque. This will be mated to the SKYACTIV-MT six-speed manual transmission. At launch, the rest of the lineup will be equipped with the 2.5-litre SKYACTIV-G four-cylinder engine, which includes a modest power increase to 187 hp, and 185 lb-ft of torque. This engine is exclusively paired with the SKYACTIV-Drive six-speed automatic transmission with manual-shift mode and Drive Selection switch. Later on in 2017, a third engine will join the CX-5 lineup, bringing diesel power to the Mazda showroom for the first time in a passenger vehicle. The SKYACTIV-D 2.2L turbo-diesel engine will bring a new driving dynamic to the CX-5 range with smooth, effortless acceleration as expected from a diesel engine, along with fuel economy rivaling hybrid vehicles.

“The CX-5 has proven itself to be capable of outperforming in a segment that is already growing at unprecedented levels,” said David Klan, Senior Director, Sales, Marketing & Regional Operations, Mazda Canada

Pricing for the mid-trim will start at $29,100 and has been revised lower, even as equipment levels are increased from the outgoing model. Notable new features include a power liftgate, front wiper de-icer, and heated steering wheel. The top-tier trim also features a lower starting price for 2017 at $34,700, and includes new features such as LED fog lights and heated rear seats.