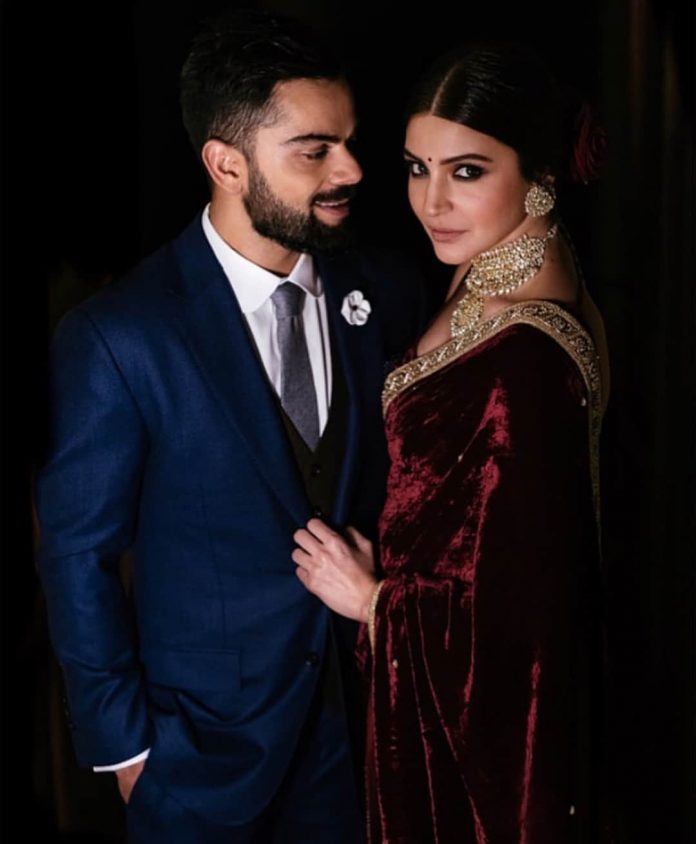 Mumbai  (IANS):  On completing a year of togetherness, Indian skipper Virat Kohli on Tuesday wished actress Anushka Sharma a happy anniversary and called her his “best friend and soulmate”.
Virat on Tuesday tweeted: “Can’t believe it’s been a year already because it feels like it happened just yesterday. Time has truly flown by. Happy anniversary to my best friend and my soulmate. Mine forever. Anushka Sharma.”
Anushka shared her wedding video, where an ecstatic Kohli is seen referring to the actress as his “wife”. He also says that he now feels like a “grown up”.
The “Ae Dil Hai Mushkil” star captioned the video: “It’s heaven, when you don’t sense time passing by… It’s heaven, when you marry a good ‘man’.”
The star couple, fondly called as “Virushka” by their fans, tied the knot in last year in Tuscany, Italy.