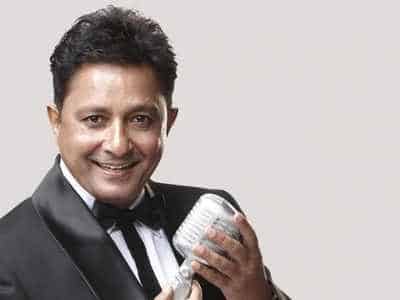 Mumbai  (PTI):  Sukhwinder Singh has been in the industry for nearly two decades and the singer says what keeps him going is his passion for music.
The 46-year-old singer believes an artiste should stay away from ego and insecurity.
“Good singing is something that takes you ahead in career. Only then will people not get tired of your voice. My passion for music is undying. Till the time you have passion, you can entertain others, but the day you don’t have it, you are zero,” Singh told PTI.
“Ego, aggression and insecurity are like viruses and if you are not friends with them, it’s good,” he says.
The singer-composer has done playback for stars such as Amitabh Bachchan, Shah Rukh Khan, Anil Kapoor and most recently for Ranbir Kapoor in “Sanju”.
But Singh still remembers his struggling days, when he did not have money to even pay his rent.
“Work-wise, I only knew music. The struggle was what to do and whom to approach. There were great music directors but I had no idea how and whom to approach,” he says.
“Laxmiji (of Laxmikant-Pyarelal duo) had died, RD Burmanji was not there and then when I heard the music of ‘Roja’, I was intrigued by it and was looking to work with AR Rahman. I wanted my voice to reach him and I arranged to send a copy of my album to him,” he adds.
Now his frequent collaborator, Rahman then called upon Singh but asked him to write a song for Govind Nihalani’s “Thakshak”.
Little did Singh know that the song — “Mujhe rang de” featuring Tabu — will become a chartbuster and it would mark the beginning of his relationship with Rahman.
The two went on to collaborate on songs like “Chaiyya Chaiyya”, “Ramta Jogi” and the Oscar-winning “Jai Ho”, among others.
Singh says he decided to slow down as he was not receiving good offers and did not want to take up songs he did not believe in.
Last year, he, however, approached people for work.
“I did not think that ‘I’m a big singer, I should not ask for work’. And by the grace of God, I got the opportunity to sing some really nice songs in films.
Singh has films such as “Gold”, “Batti Gul Meter Chalu”, “Thugs of Hindostan”, “Zero” and a song in Abhishek Chaubey’s next, he says.
His latest from “Sanju”, “Kar har maidaan fateh” has become a chartbuster and the singer says he is thrilled with the response.
“It’s an emotional moment. I faced problems and have now come out of them. Sometimes in life, we make mistakes and face huge problems,” he says.