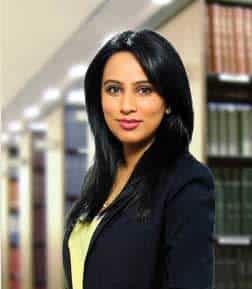 me too. you too? let's talk ❣really appreciate all the love i've been receiving from everyone! I just want to clarify i'm not feeling down or broken because of this experience. yes, i feel deeply disrespected and very concerned for women.. what if i worked for this guy and relied on my salary to take care of my family or what if i wasn't as independent or strong? the purpose is to share with you that this is happening and that we should talk about it! and i'm also hoping to inspire other women to speak up.. and know that they are not alone. Also, to highlight there are some amazing men in this world that are beyond wonderful. Not only do we have to raise our daughters to be strong but we have to change the way we are raising our sons. This experience will NOT change the person that i am. I will continue to be warm, open and kind. I will continue to work with my community. I will continue to feel safe in my body and in my city.

HATS off to community activist Saima Naz for having the courage to openly speak out against sexual harassment after a respected, married member of the South Asian community persisted in sending her “really inappropriate” text messages!

Saima decided enough was enough and posted a video on her Facebook about her devastating experience in order to empower other women in the community to speak out about sexual harassment.

Saima, 36, a Principal at iLearn DL Secondary School in Surrey, wants to let males like that in the community know that just because someone is single like her that doesn’t mean they are “free game.”

She says in her video that her harasser probably thought ‘even if I am married she would make a great mistress.” But she tells him that it’s “never, ever, ever okay” to talk to a woman like this person did.

She says she’s speaking up and that she would really encourage any other woman who’s watching this video or experienced this to “call these men out.”

She only identifies the harasser as a Punjabi-speaking man from the South Asian community, someone she respected a lot and who is married and has children, but who “thought it was ok to hit on me this way and then continued to do that and to make me feel uncomfortable.”

She says she’s posting the video “because I want to say: ‘I have a voice. I deserve to feel safe. I deserve to have respect and that is me standing up that ‘no, it’s not ok to talk to a woman like that it is not ok to treat your wife like this.’ You have a daughter and imagine if someone talked to your daughter that way! It is not OK under any, any, any circumstances – that is out of integrity.”

IN her video Saima recounts that recently she came across an individual who she respected a lot in the South Asian community and they discussed projects that were working on. They met for coffee to further discuss the projects.

While she was at the Pakistan Festival this past weekend in downtown Vancouver, she received “really inappropriate” text messages from this person telling her how he had fallen in love with her, how she is the love of his life and that he’s been looking for a person like her his whole life.

She says she was shocked because this person is almost 12 to 13 years older than her. His daughter is a few years younger than her.

She says she was “devastated.”

Saima gets really emotional at times, apparently fighting back tears and trying to maintain her composure.

She says she has never had anyone talk to her like that before or communicate with her this way.

She wanted to handle the situation with grace and thought she would “be really clear about it and set boundaries.”

Saima told him she did not feel the same about him and that she is very clear about my boundaries. She asked him to “please stop.”

She thought that was it.

However, the person continued to message her after that. So she ignored them because she wondered how she was supposed to handle this.

Finally, on Tuesday she had had enough of it. So, she was really blunt with him and even abused him, hoping that he would get the message loud and clear.

She points out that she is educated, very bold and very outspoken, and knows how to take care of herself and has a lot of confidence.

But she points out the pressure she would have been under if she was working for that person or if he was the main sponsor of one of the events she was putting on – or if she was a lot younger.

She started to think about it all. She says that first people start to blame themselves – Was I too friendly? Should I have gone out for coffee with this person?

But then she emphatically states that that is all b.s.

She adds that she knew her intentions were pure and were clear.