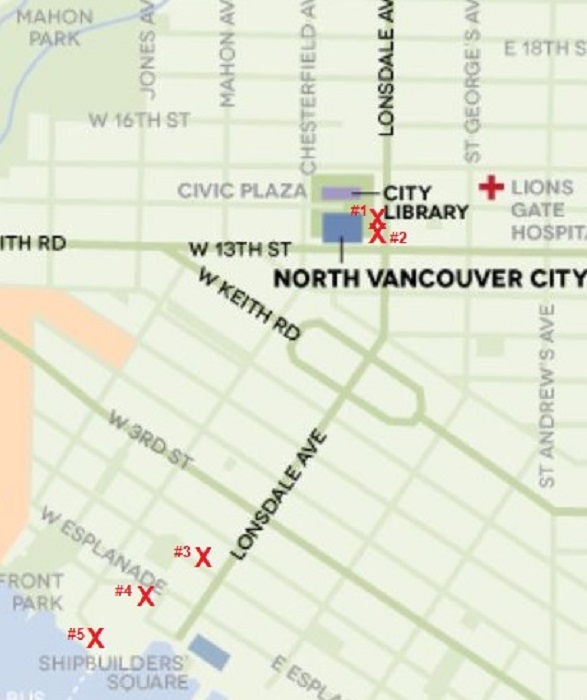 NORTH Vancouver RCMP are seeking witnesses to a series of arsons that occurred between 12:30 a.m. and 6:30 p.m. on Thursday, July 15. One male suspect has been arrested in the case, and investigators are hoping to identify witnesses, particularly three witnesses who helped extinguish the first fire.

Frontline officers arrested a suspect near the scene of the fifth fire. While each fire caused varying degrees of property damage, thankfully no individuals were harmed as a result, police said..

Investigators are now appealing to witnesses to come forward, including anyone who may have surveillance footage, in the hope of furthering the investigation.

The series of fires:

#1
Approximately 12:50 a.m., July 15
– Newspaper box on Lonsdale Avenue at 14 Street. (Investigators are hoping to identify three witnesses who were at the scene around the time of this fire.)

Anyone with information or surveillance footage is asked to contact Cpl. Adrian Bissenden of the North Vancouver RCMP Major Crimes unit at 604-969-7572.