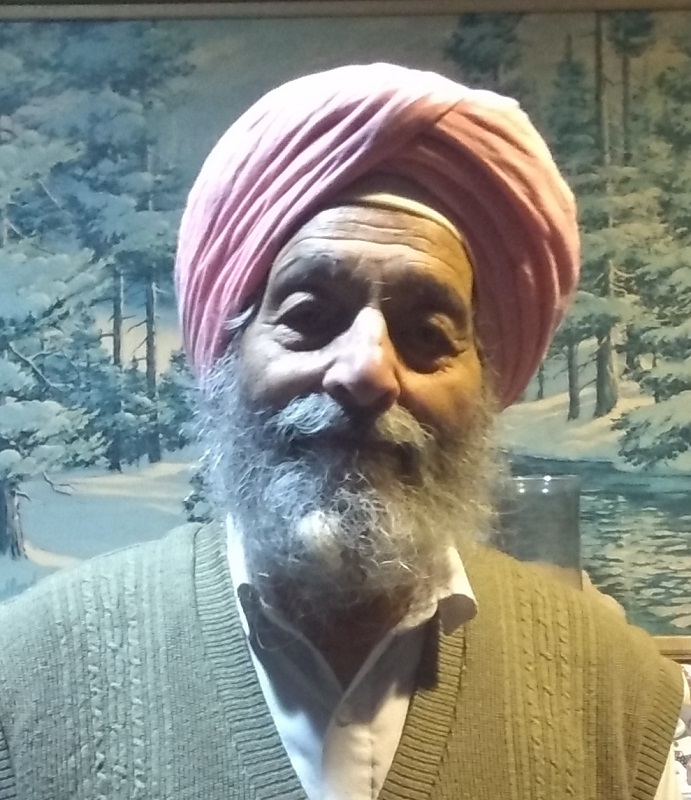 Harcharn passed away on September 27th after a brief stay at Royal Columbian Hospital.  He was 81.  Harcharn is survived by his wife of 53 years, Rajinder Kaur, and their three children: Raj Kaur, Harnaik Singh, and Gurpreet Kaur (Parminder Singh).  Harcharn also left behind his beloved grandson Ryan, who inherited his grand-father’s bull-like physical strength and cheerful disposition.

Born to Darbara Singh (son of Deva Singh) and Dhan Kaur in the village of Naushehra Pannuan, Harcharn, as the youngest of five children, grew up with a deep reverence for his immediate and extended family.

Harcharn went on to study Economics at The University of Punjab.  During what should have been his third year in University, Harcharn emigrated to Canada, where he was sponsored by his paternal aunt, Gurdeep Kaur, and her husband Amrik Singh Dhillon.  Harcharn spent the next four decades working in a lumber mill in rural British Columbia.

In the late 90’s, when he retired, Harcharn moved to New Westminster where his wife and children had already been residing for over ten years.  Liberated from the plebeian struggles of small town life, Harcharn flourished in the big city.  He enjoyed visiting various Senior Centres in the Lower Mainland where he could be seen socializing with a diverse milieu of people.  Harcharn also had the time to engage in one of his most favourite passions: Reading.  Harcharn was a huge fan of all the local English-language and bilingual Indo-Canadian newspapers.  He also had quirky esoteric tastes which on one occasion resulted in his gifting one of his daughters with the writings of an obscure South Asian feminist mystic.

After his third heart attack in September 2019, Harcharn did as much as he could to remain active.  He did his best to maintain his garden where he had spent many years harvesting the fruits of his personal labour.  Alas, with the widespread outbreak of Covid-19, being homebound was a difficult endeavour for such a sociable man as Harcharn.

Hard-working and stoical, Harcharn often told his children that hardship and struggle were not something to be feared.  He himself was the descendent of brave warriors who had fought in the armies of Guru Gobind Singh and Maharajah Ranjit Singh.  The late Punjabi writer, Khushwant Singh, in his A History of the Sikhs, gives a scintillating account of Harcharn’s great-great-great grandfather Soba Singh, who was dubiously immortalized in a droll Punjabi folk lyric after his calamitous Lahore campaign in the late 1700’s.  Being optimistic and maintaining an oddball sense of humour were hereditary traits that Harcharn passed on to his own descendants.  Harcharn remained a lion to the very end: Strong, brave, and proud.  He will be missed.

A funeral service was held on October 8th at Riverside Funeral Home.  Because of Covid-19 restrictions, attendance was limited to members of the immediate family.