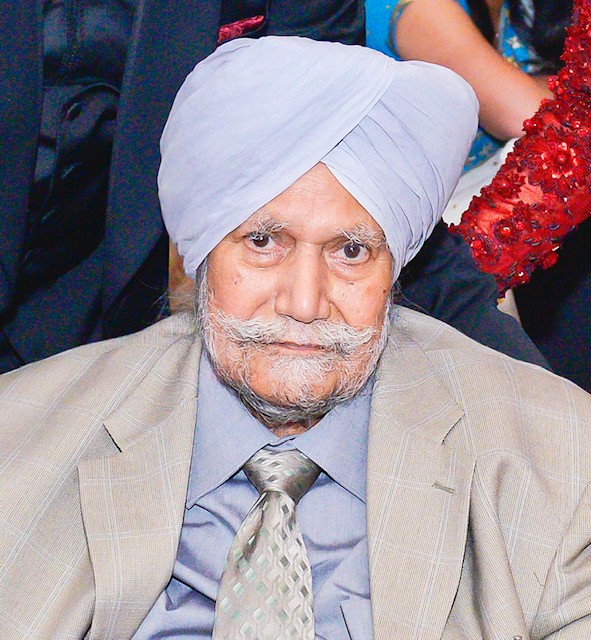 Sardar Gurdev Singh Johal of village Dhani Pind passed away peacefully in his beloved Punjab on February 24, 2020.  He was born on April 7, 1933, in Punjab. He came to Canada in 1972 and worked hard to build a better life for his family. He worked in farming, gaining respect as a grower in the blueberry industry for many years before retiring.  One of his proudest achievements was serving the Khalsa Diwan society of Vancouver as Vice president in 1980 and President in 1981.

He is survived by his wife of 65 years, 3 sons, 9 grandchildren and 2 great grandchildren.  He will be remembered for his love of politics and welcoming personality.  He loved to spend time with his family and friends and always wanted people around him.  He will be greatly missed by all those who cared for him and had the privilege of spending time with him.

Funeral services will be held at:

Followed by Sehaj Paath prayer service at 5:30 p.m. at: