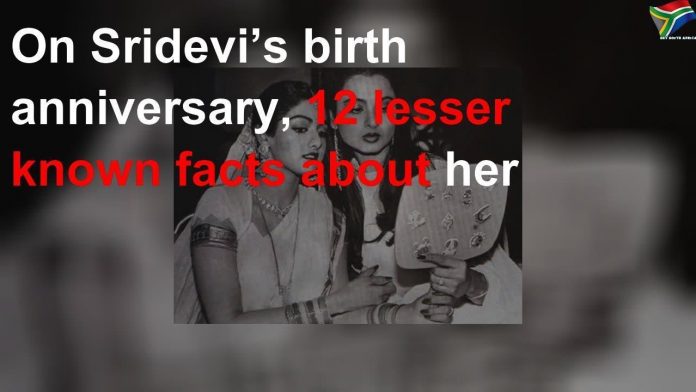 Sridevi was a rare talent that is often credited as the first female superstar in the Indian cinema. The actor, who passed away in 2018, was the highest paid actor of her time. On Sridevi’s birth anniversary today, here are 12 lesser known facts about the actor.

Fashion designer Manish Malhotra, who was a close friend of Sridevi, also posted a birthday post for her.