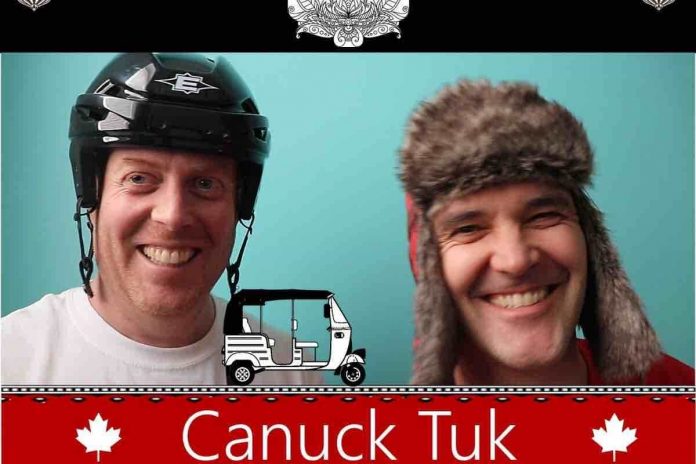 TWO cousins who are Brampton firefighters – Dave Vanderburg, 39, and Chris Vanderburg, 43 – will be racing an auto-rickshaw across India as a charity fundraiser.

In their GoFundMe page, they state: “We know, it sounds crazy…because it is!  Obviously we aren’t the sharpest knives in the drawer!  But, we are suckers for a good cause! 100% of the money fundraised will be split 50/50 between these two charities…”

Team Canuck-Tuk will cover 2,500 kilometres from Jaisalmer in the northwestern state of Rajasthan to Cochin (Kochi) in the southern state of Kerala in 14 days.

The charities are Indus Community Services and Cool Earth.

Indus Community Services has been operating in Ontario’s Peel Region (Brampton and Mississauga) for over three decades.  Formerly known as India Rainbow Services, it provides a number of community services such as senior care, health services and English classes for newcomers to Canada.

The cousins say: “We have personally witnessed the great work that they are doing and are grateful that we can help out such a fantastic organization.”
You can check them out at www.induscs.ca
Cool Earth is a non-profit organization that works alongside rain forest communities to halt deforestation and its impact on climate change.
It notes that half of the world’s rain forest has been destroyed in the last 40 years.  And, contrary to the headlines, rain forest continues to be lost at a faster rate than ever. But it’s not too late. Cool Earth believes the rain forest can be saved. We just need a new approach.
Local people stand to lose the most from deforestation but the most to gain from its protection. As such, they are the forest’s best possible custodians. That’s why all Cool Earth partnerships are community-owned and led – an approach that research is continually proving to be the most effective way to keep rainforest standing.
Check it out at www.coolearth.org