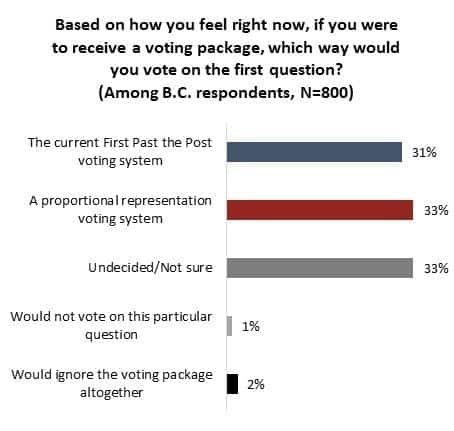 WITH less than a month before ballots are mailed to voters, British Columbia’s 2018 referendum on proportional representation appears to be headed for a tight race.

A pair of new public opinion polls from the Angus Reid Institute find B.C. residents split as to whether they prefer to keep the current, first-past-the-post (FPTP) system or a change to a new system of proportional representation (PR). Significantly, fully one-third of British Columbians are undecided as to how they would vote on this key question.

While slightly more B.C. residents choose PR over FPTP, this advantage is well within the margin of error. Moreover, groups that have historically been more likely to vote – including older respondents and those with higher household incomes – are more likely to say they plan to vote for FPTP.

These dynamics drive the months-long campaign, with advocates on both sides having their work cut out to mobilize their bases and convince those on the fence to send in a ballot for their side before the November 30 deadline. This, in contrast to a national landscape in which residents of most provinces prefer a hypothetical change to PR from FPTP when asked to choose between the two in their own provinces. 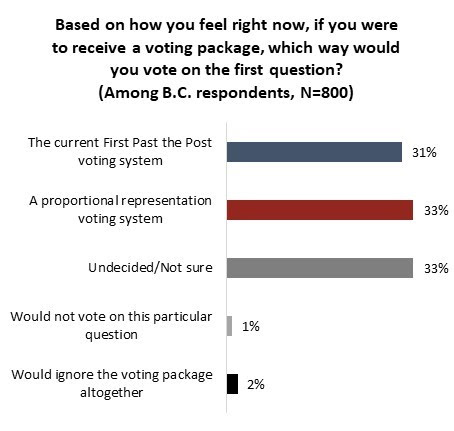