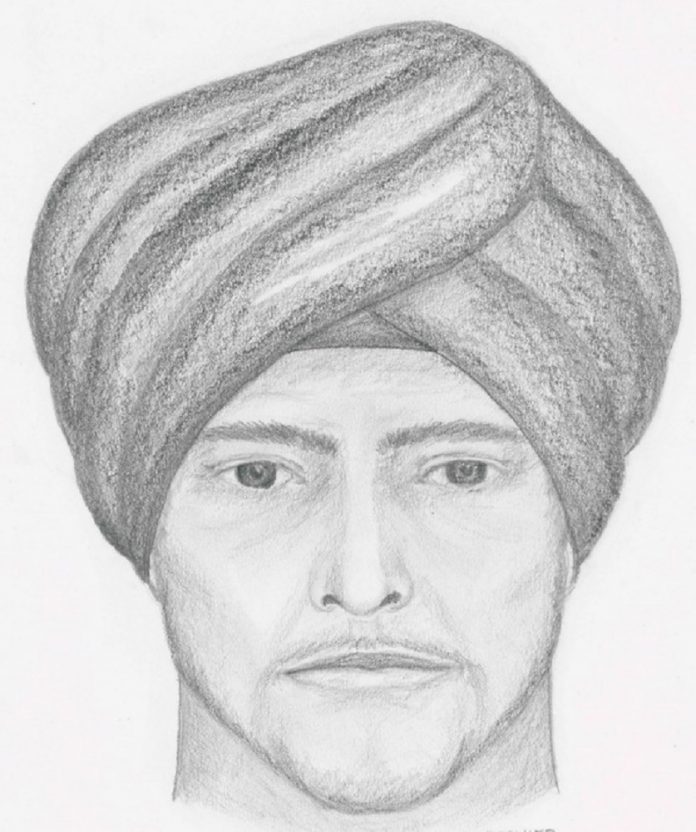 BURNABY RCMP on Wednesday released a composite sketch of the suspect involved in a stranger assault that occurred on July 14 near Simon Fraser University on Burnaby Mountain.

At around 8:30 p.m., the 19-year-old female victim went for a walk on a trail just north of University Drive and West Campus Road at SFU towards Burnaby Mountain Park. The victim told police that as she was walking she noticed a man following her who tried to engage her in conversation. The man is alleged to have grabbed the victim by her hand, the victim was able to pull away from the suspect and run to a parking lot located near Horizons restaurant.

RCMP investigators say they are particularly interested in speaking to two women who assisted the victim in the parking lot shortly after the incident occurred.

Police said they are releasing a composite sketch of the suspect in hopes that someone in the community is able to identify him to further the investigation.

Burnaby RCMP are asking anyone who may be able to identify the suspect in the sketch or may have information about this incident to contact the Burnaby RCMP at 604-646-9999. If you wish to make an anonymous report, contact CrimeStoppers at 1-800-222-TIPS or www.solvecrime.ca.