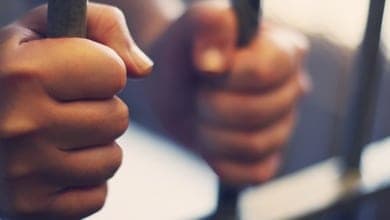 HARINDER Dhaliwal, 47, of Brampton, Ontario, who was convicted of conspiracy to export from the U.S. five kilograms or more of cocaine, was sentenced to 20 years in prison in Buffalo, New York, by Senior U.S. District Judge William M. Skretny this week.

Dhailwal was an owner of trucking companies in Ontario.

Assistant U.S. Attorney Timothy C. Lynch, who handling the case, stated that between 2006 and May 2011, Dhaliwal conspired with others to smuggle cocaine into Canada from the U.S. and marijuana and ecstasy into the U.S. from Canada via several international bridges including those in the Buffalo-Niagara region.

As part of his plea agreement, Dhaliwal admitted to being part of an international conspiracy that trafficked more than 3,000 kilograms of cocaine, most of it through the Western District of New York, worth an estimated $120 million, Acting U.S. Attorney James P. Kennedy, Jr. Announced.

Through the course of the investigation, U.S. law enforcement officers recovered a combined 230 kilograms of cocaine. Of that amount, 123 kilograms of cocaine, which represents the largest seizure arising from a single investigation in the district’s history, were obtained through two separate seizures occurring at the Lewiston-Queenston Bridge and in Geneva, NewYork. The remaining 107 kilograms were seized in California. In addition, law enforcement officers seized approximately 690,000 ecstasy pills during the course of the investigation with an estimated street value of $12 million.

The defendants utilized tractor-trailers that contained false compartments within the floor of tractor-trailers. Dhaliwal and others purchased steel tubing, kick plates and other supplies to fabricate the false compartments in several tractor-trailers. In addition to cocaine, the tractor-trailers were used to transport ecstasy and hundreds of pounds of marijuana into the U.S. from Canada. Drug ledgers seized during the investigation detailed approximately a dozen smuggling trips, during late 2009 to September 2010, involving approximately 1,617 kilograms of cocaine being transported from the United States, through the Western District of New York, into Canada.

“The rigorous efforts of our law enforcement partners both here in the United States and Canada shut down this dangerous pipeline of drug activity that flowed from California to Buffalo and across the border,” said Kennedy. “Those efforts kept literally thousands of kilograms of cocaine and more than half a million ecstasy pills off the streets in both our community and elsewhere.”

“[This] sentencing is a significant development in a years-long investigation that resulted in significant seizures of narcotics, weapons and arrests in the U.S. and Canada,” said ICE-HSI Special Agent-in-Charge Kevin Kelly. “Transnational investigations like this one help ensure that our shared border with our Canadian partners remains transparent to law enforcement and simultaneously a hindrance to criminal groups.”