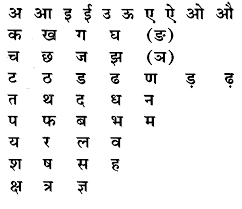 New Delhi (PTI): Emphasising on the growing cultural and people-to-people ties between New Zealand and India, its envoy Joanna Kempkers said here on Thursday Hindi is now the “fourth most spoken” language in her country.

“We both share common values, such as commonwealth heritage and democracy. And, also, the common language, i.e., English and now also Hindi,” she said at an event here.

“In fact, Hindi is now the fourth most spoken language.

Also, we have about 1,85,000 people belonging to the Indian community, who are living in New Zealand and they are contributing to the growth story of our country,” Kempkers said.

She also emphasised that the inflow of Indian tourists to New Zealand and the number of students going there are “on the rise”.

“In 2016, the number of Indian tourists who visited New Zealand stood at 58,000 while the corresponding figure from New Zealand to India was 66,000. Besides, the place is also attracting Bollywood,” she told PTI on the sidelines of the the New Zealand-India Sustainability Challenge 2017 here.

A few months ago, Education New Zealand, a government agency for international education, had signed up Bollywood actor Kriti Sanon as its brand ambassador.

“We offer 35 scholarships to students (applying for our universities) and after Kriti tweeted about it, the number of application went up dramatically. So, we feel the connect,” the envoy added.

“Indian students are increasingly choosing to study in New Zealand. For the January-October period this year, there has been a 24-per-cent increase in student visas, compared to the corresponding period last year,” he told PTI.

In tourism sector, Kempkers said, people are choosing New Zealand as wedding destinations, shooting locales, and even corporate groups are sending employees for recreational tours there.

The population of New Zealand stands at about 4.5 million, Laxon said and the Indian community forms about 4 per cent of it.

“There are people hailing from different parts of India, who reside in the country, and so they speak, Hindi, Punjabi, Gujarati, and other languages,” the envoy added.