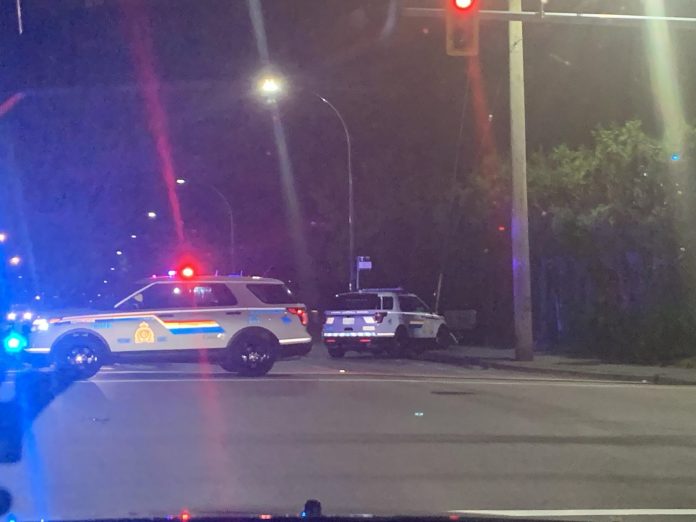 ON Tuesday, July 30 at approximately 10:17 p.m., Surrey RCMP responded to a report of an attempted personal robbery in progress outside a residence in the 6800-block of 148th Street. Police were informed that a male suspect was in possession of a possible firearm and was demanding personal items from an adult victim.

The suspect is described as a white male, 20-25 years old, 5’8” tall, with brown hair and a thin build. The suspect fled the scene prior to the arrival of frontline officers.

Surrey RCMP’s Robbery Unit is continuing the investigation and appealing to the public for more information and possible witnesses.

While responding to the situation, two police vehicles were involved in a collision at the intersection of 72nd Avenue and 140th Street. Both officers were treated at hospital for minor injuries and have since been released. The cause of the collision is under investigation.

Anyone with further information about the attempted robbery, or that may have CCTV footage of the suspect, is asked to contact the Surrey RCMP at 604-599-0502 or, if they wish to remain anonymous, contact CrimeStoppers at 1-800-222-TIPS or go to www.solvecrime.ca.