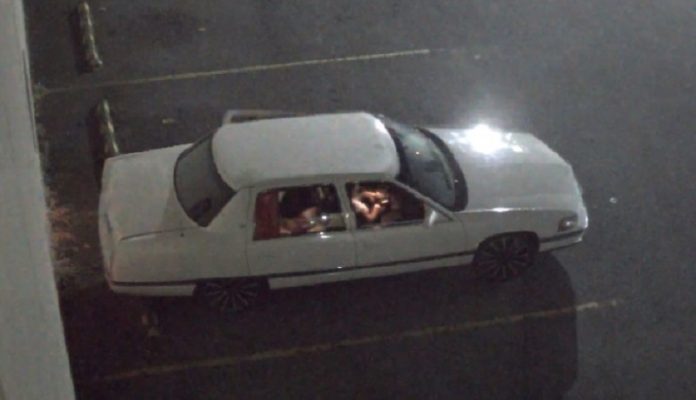 SURREY RCMP are asking for the public’s assistance in identifying individuals and an associated vehicle to a shots-fired incident in the Whalley area on August 12.

On August 12 at 1:50 a.m., police responded to shots being fired in the 10600-block of King George Boulevard. A man was located near the area with an apparent head injury. He was treated in hospital for his injury and later released.

Surrey RCMP said at the time that early indications were that the incident was targeted.

The ongoing investigation by the Surrey RCMP Serious Crime Unit has identified a vehicle of interest: a white sedan, possibly an older model Cadillac, with a broken rear passenger-side window.

Investigators are looking to identify the occupants associated to this vehicle as well as any information on the vehicle itself (see photos).

Anyone with further information regarding the individuals or vehicle is asked to contact Surrey RCMP at 604-599-0502 or, if they wish to remain anonymous, Crime Stoppers at 1-800-222-8477 or www.solvecrime.ca