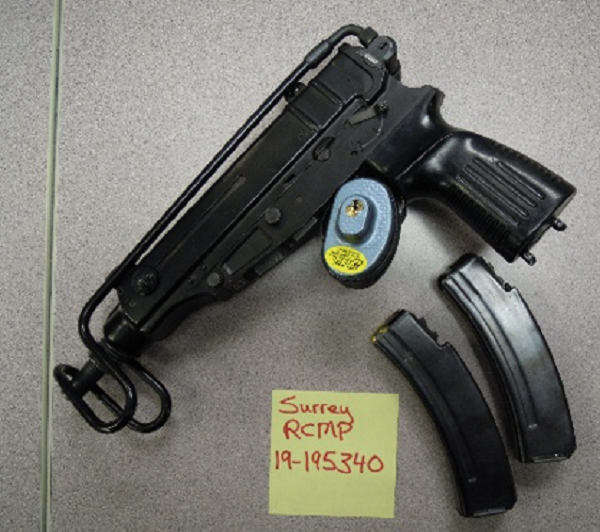 A man is in custody after three firearms were seized following a traffic stop by the Surrey RCMP in the Cloverdale area.

On December 13, Surrey RCMP attempted a traffic stop with a vehicle in the vicinity of 184A Street and 58th Avenue. The vehicle failed to stop, however police were able to note the vehicle’s description and obtain a license plate.

On December 18, police spotted the same vehicle in the 18600-block of Fraser Highway. Concerned that the driver may attempt to evade police, officers blocked the vehicle while it was parked, preventing it from driving away. The driver of the vehicle, a 37-year-old man, attempted to flee on foot, but following a brief pursuit, he was arrested and taken into custody.

Upon further investigation of the vehicle, officers located and seized three firearms, stolen property and suspected methamphetamine, fentanyl, and cocaine.

The suspect has been remanded into custody while the investigation is ongoing.

“This is an example of heads-up policing that really came down to an observant officer spotting a suspect vehicle and diligently executing their public safety responsibility,” said Staff-Sgt. Winston Shorey. “The coordinated effort, which involved the Surrey RCMP Youth Section and Community Response Unit, led to the arrest of a suspect and removal of three firearms from the street.”