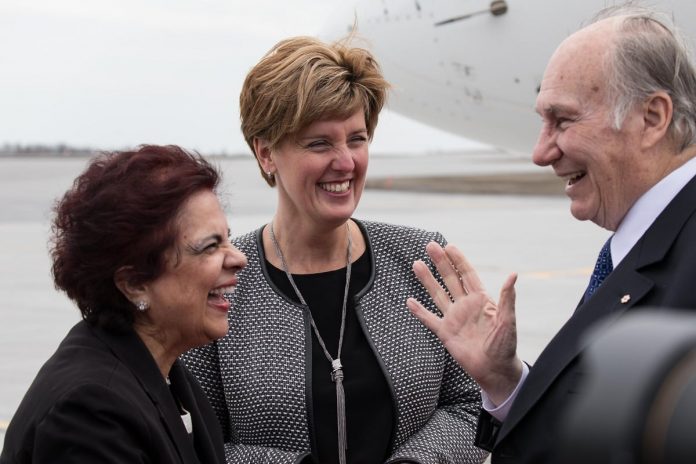 Special to THE VOICE

LAST week, Ismaili Muslims had the absolute pleasure of welcoming his Highness the Aga Khan to Canada to celebrate his Diamond Jubilee after 60 years as the religious leader of 15 million Ismaili Muslims around the world.

He arrived in Ottawa on May 1st, where he was warmly welcomed by Minister Marie-Claude Bibeau, Canada’s Ambassador to the United Nations Marc-André Blanchard, Ismaili Parliamentarians Yasmin Ratansi and Arif Virani, Ismaili leadership Malik Talib and Mahmoud Eboo, and myself.
The celebrations of His Highness the Aga Khan’s Diamond Jubilee is particularly reminiscent for me. Todays Diamond Jubilee mirrors the memories I have of his first coronation in Kampala, Uganda in 1958. As a young child, I closely trailed my father, who organized his coronation and had the incredible opportunity of witnessing High Highness’s first steps as the spiritual leader of the Ismaili Muslims.

Sixty years later, at the Governor General of Canada Julie Payette’s gracious invitation, His Highness the Aga Khan was the guest of honour for a dinner hosted at Rideau Hall.

The Governor General articulately spoke of His Highness’ leadership and contributions around the world. She reverently addressed his tireless work dedicated to improving the quality of life of people in less fortunate places.

The Governor General also recounted her experience of a spaceflight in which she saw Mecca gleaming brightly, and concluded that it was a beacon of light “just like you are.”

Her statement reinforces His Highness’ dedication to promoting pluralism and understanding in a world that often forgets to embrace the differences that drive our diverse society.

His Highness’ Diamond Jubilee celebrations continued May 4th, in Vancouver where he was welcomed by the Ismaili leadership. During his visit in British Columbia, His Highness had the opportunity to meet with our Premier John Horgan who spoke about his Highness’ work in eliminating poverty and improving health care for people around the world.

In fact, for more than three quarters of his life, His Highness has worked determinedly to make this world a better place and improve the quality of life in less-developed regions of the world, such as mobilizing development programs in rural Indian, Pakistan, and Tajikistan to early childhood education in East Africa.

Ismailis of British Columbia and all around the world have had the most amazing experience, an experience of a lifetime, which we will cherish all our lives.

Pope Francis will be in Canada from July 24 to 29; reactions to visit

Vaisakhi greetings from Trudeau, Horgan and other leaders