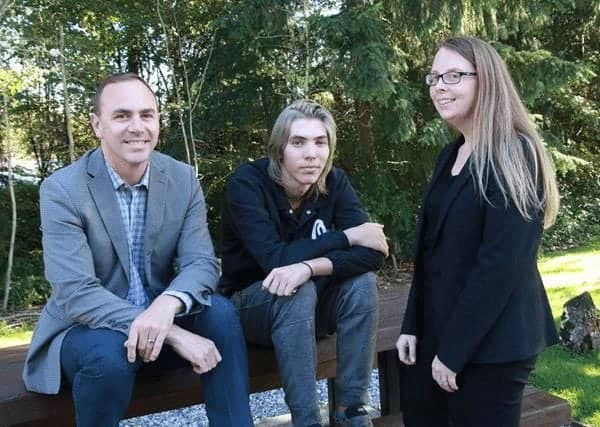 UNITED Way of the Lower Mainland has committed $100,000 to the Abbotsford gang-prevention program In It Together, helping keep the program open for local youth.

The investment was shared at a joint announcement on Thursday organized by United Way of the Lower Mainland and Abbotsford Community Services, operator of the In It Together program.

“United Way’s commitment means we did not have to close our doors this weekend,” said Alison Gutrath, Community Coordinator for the In It Together program. “This investment will ensure youth at risk of gang involvement – and their families – get the support they need, while we continue to seek additional supports to keep our program operating during our funding gap.”

“Child vulnerability and gang violence are unignorable issues in Abbotsford,” added Jeff Calbick, Chief Operating Officer with United Way of the Lower Mainland. “In It Together has generated great results from its collaborative, community-led approach – which is why we’re committing $100,000 to help keep the program open and ensure youth maintain life-saving connections in their community.”

How the program prevents gang violence

In It Together, formally known as the Abbotsford Comprehensive Youth Gang Reduction Program, is a collaborative initiative of the Youth Resource Centre and South Asian Community Resource Office at Abbotsford Community Services, and has Abbotsford Police Department, John Howard Society and Abbotsford School District as project partners.

The program provides individual case management, youth outreach, parent and youth groups, recreation, essential skills and counselling for youth and their families who are at high risk of being involved in organized crime and gangs.

Funding for In It Together, granted October 2013 from the federal Ministry of Public Safety, ended on September 30. As part of its commitment to support community-led initiatives tackling unignorable issues in the Fraser Valley, United Way stepped forward with a $100,000 investment. The announcement exemplifies United Way’s responsive way of working alongside established community agencies like Abbotsford Community Services.

United Way’s commitment comes alongside support from Abbotsford residents, including members of the South Asian community, who raised over $15,000 at a community fundraiser on September 30. Staff at Abbotsford Community Services will continue to seek the approximate $300,000 in funding still required to keep the In It Together program running for an additional six months before government funding is available again.

Gang activity has a profound impact on the lives of youth and their families in Abbotsford.

In It Together is breaking the cycle of gang involvement for Abbotsford Youth. Successes include:

In 2017 United Way of the Lower Mainland joined with United Way Fraser Valley.