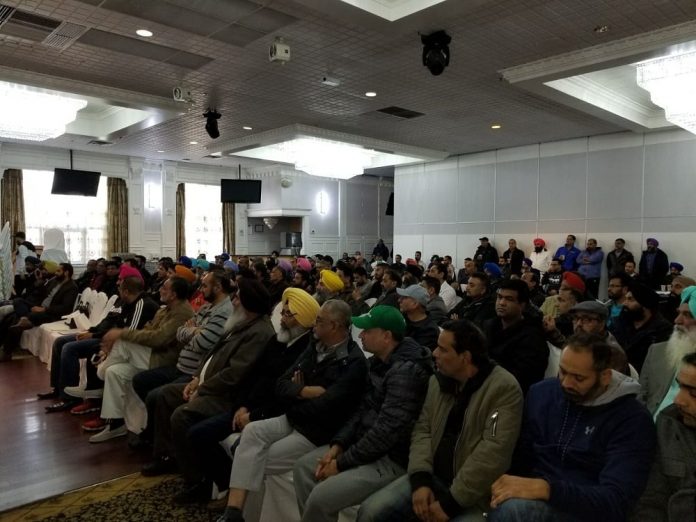 A United Truckers Association (UTA) meeting announcing new labour mobility for Independent Operator (IO) truck owners resulted in the organization’s largest meeting of the year. Presentations by government MLAs and government MPs also demonstrated the strong working relationships that have been established between the UTA and elected officials, the UTA noted on Saturday.

After years of being locked into regulations that treated IOs as a modern form of indentured labourers, container truck owners finally have the ability to seek out new clients like any other small business in British Columbia.

This new policy recently announced by the Office of the BC Container Trucking Commissioner is a direct result of the UTA’s consultations with the NDP government, according to Gagan Singh, spokesperson for the UTA.
“We have held the government’s feet to the fire on the promises made during the election campaign, and we are very pleased with this first step after years of being ignored by the BC Liberal government,” said Singh. “The Commissioner’s office, which had also failed to act since being opened in 2015, finally listened to the voices of the 1,100 members of the UTA, which were loudly communicated to the new government caucus.”

He said while there are a number of issues that are still outstanding, including continued illegal pay rates by licence holders and a lack of effective enforcement, the UTA has made major progress with both levels of government in terms of producing results for its membership.
Depending on the level of commitment from members, the UTA is contemplating expanding its operations and access in 2018.
“Tag mobility was our number one issue for many years, and our organization was able to achieve a great result,” said Singh. “With the support of more members, the UTA can continue to fight hard for new standards across the industry, as well as assisting individual owner operators with their particular problems and concerns.”
More details of the UTA’s plans will be announced by the end of January 2018.

In a follow-up press release, the UTA listed some of their grievances:

It said the Government of BC is protecting a Container Trucking Commissioner who continues to break commitments and underperform in his duties. More specifically, the Commissioner is:

* Awarding truck tags to licence holders while completely ignoring the pledge in the new CTS Licence Tag Management Policy to withdraw tags that are not being used to full capacity. (Note: The overall total of tags has increased over the past four years in spite of recommendations to severely reduce the number of trucks in the system).

* Not enforcing severe penalties or licence cancellations for companies continuing to break the law by paying lower rates than is legislated.

The UTA added that the Government of Canada is in a state of paralysis by failing to act on the following issues that the UTA has advocated for since 2014:

* Waiting time compensation that is not being paid to IOs according to the commitments made in the 2014 Joint Action;

* Harassment by Port of Vancouver officials unfairly targeting IOs for unnecessary inspections that are costing UTA members hundreds of dollars in each instance.