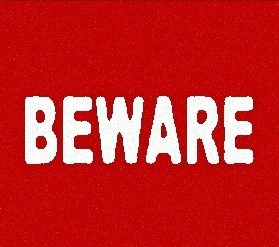 VANCOUVER Police on Thursday issue a warning to the public after a series of groping incidents while women were walking on or near the seawall, and are appealing to the public to help identify the man responsible.

On Friday, August 11, police received three separate reports between 9 and 9:45 p.m. of women who were groped by a man on a bicycle. The women were all walking on the seawall in the Yaletown and Granville Island areas when they were sexually assaulted by the man as he rode by them without stopping. One woman was knocked to the ground during the assault.

A fourth woman was sexually assaulted near Cornwall and Cypress on Sunday, August 13 at 12:30 a.m. The cyclist rode away northbound in the lane.

The women all range in age from their late 20s to late 30s. Investigators believe that the suspect is the same in each case.

The man is described as being in his 20s to early 30s, 5’9” tall, with a slim build. He had darker skin with black hair in a short buzz-cut, and was riding a dark-colored bicycle.

During one incident, he was described as wearing khaki shorts, a horizontally-striped tank top, carrying a messenger bag.

In another incident, he was described as wearing dark clothing, including a black t-shirt, carrying a backpack.

Investigators strongly believe that there is at least one other woman who was groped and has yet to come forward. Anyone who may have witnessed these gropings or who may have any information is asked to call Vancouver Police at (604) 717-0603. Information can also be provided anonymously by calling Crime Stoppers at 1-800-222-8477.