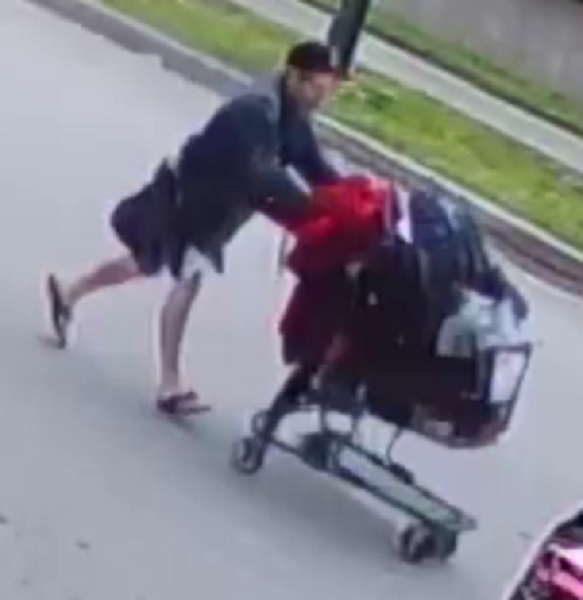 VANCOUVER Police Department detectives are asking for the public’s help to identify two people who may have information about a serious assault to a man in a wheelchair in early July. On Wednesday, police released images of the two people, which were captured on a CCTV camera in the area of the assault.

“The VPD believes the two individuals in the photos, a man and a woman, may have information about this assault. We are hopeful that the public can assist us in identifying the pair,” says Sgt. Jason Robillard.

The assault happened on July 4 in the underground parking lot of an apartment building on Cecil Street near Kingsway. The victim, a 44-year-old Vancouver man, was left with serious injuries.

The man in the photo is believed to be Caucasian with a slim build, and blonde hair. He was wearing a denim jacket, a shirt with a large “O” on the front, black shorts, black flip flops, and a black baseball hat. The woman is also believed to be Caucasian. She has a medium build and orange or blonde, shaggy hair. She was wearing a black, cropped top, a red jacket, green camouflage-print capri pants, and sandals.

Anyone who may recognize the couple in the photos is asked to call investigators with the VPD’s Major Crime Section at 604-717-2541.