VANCOUVER, BC – Vancouver Whitecaps FC (1W-3L-1D) captured their first win of the season on Saturday with a 1-0 victory against Western Conference foes Sporting Kansas City (2W-4L-0D) at BC Place.

The ‘Caps had their first good chance in the 25th minute, as midfielder Ryan Gauld shot went just wide of the net, after a cross from wingback Javain Brown.

Later in the first half, Gauld won a loose ball and played it into Déiber Caicedo. The Colombian winger then crossed a ball to forward Brian White who saw his shot stopped by Sporting KC goalkeeper Tim Melia.

After the break, goalkeeper Thomas Hasal denied Sporting KC forward Dániel Sallói’s effort from outside the box to keep the score level at 0-0. 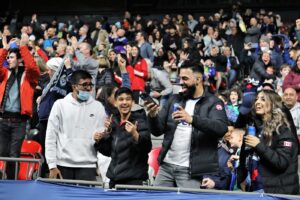 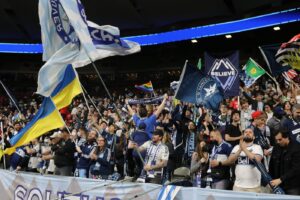 The ‘Caps would continue pushing on and grabbed the go ahead goal in the 73rd minute through Ryan Raposo. The Hamilton, Ontario native poked the ball into the back of the net from inside the six to score his first career MLS goal after a great through ball from substitute Michael Baldisimo, which also bounced off Cavallini.

The away side hunted for an equalizer in the latter stages, but the Blue & White’s strong defensive performance was rewarded as they captured their first three points of the season.

Up next for the ‘Caps is their 100th all-time meeting against Cascadia rivals Portland Timbers next Saturday, April 9 at BC Place, with kick-off set for 7 p.m. PT. Tickets are available at www.whitecapsfc.com/tickets. 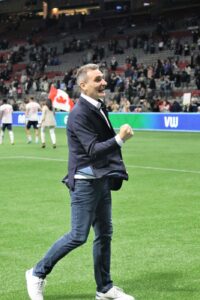 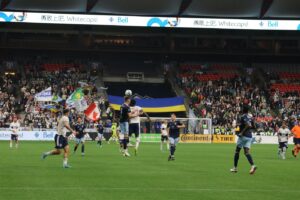