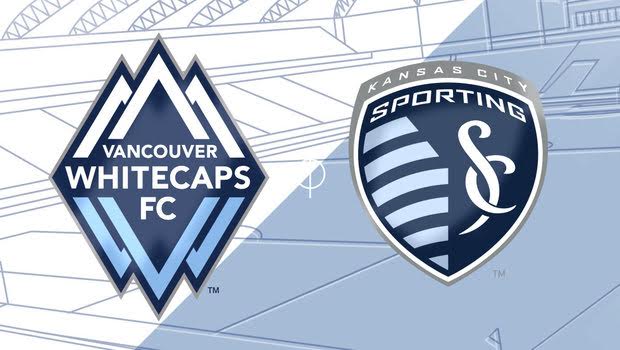 VANCOUVER, BC – Cristian Techera scored off a world-class offensive sequence and Tim Parker opened his MLS account as Vancouver Whitecaps FC made a triumphant return from a month-long road trip, defeating Sporting Kansas City 2-0 at BC Place on Saturday afternoon.

David Ousted made two saves to record the clean sheet for Whitecaps FC, who improve to 5W-5L-1D. Kansas City drop to 6W-3L-4D while remaining atop the Western Conference table.

The ‘Caps victory, the fifth in their last eight MLS contests, opens the week-long three-match homestand, as Vancouver begin their Canadian Championship campaign versus Montreal Impact on Tuesday, before hosting D.C. United in MLS play next Saturday.

Head coach Carl Robinson fielded the same starting XI for the fifth consecutive match and it provided another strong performance from the Blue and White but it was the visitors who got the first clean chance of the match. In the 20th minute, Gerso Fernandes shook a pair of defenders and found space in the middle of the box with only the goalkeeper to beat. David Ousted did well to cover the angle, forcing the attacker to hold the ball just long enough for Kendall Waston to rush in and block the ensuing shot.

The ‘Caps got on the board in the 40th minute in a fantastic display off pinpoint passing and finish. Sheanon Williams sent a well-hit cross from just inside the right corner flag to the far post, where Christian Bolaños chested the ball, setting up Techera’s left-footed volley to the bottom right corner of the Kansas City net. The Uruguayan winger’s third goal on the season gave Vancouver the 1-0 lead heading into intermission.

The match turned into a goalkeeping duel early in the second half. In the 53rd minute, it was Melia denying Fredy Montero’s penalty kick, and Bolaños’ rebound attempts, after Seth Sinovic was whistled for a foul inside the box.

On the next trip down the other end, Ousted got low to snuff Latif Blessing’s threat near the left post.

The ‘Caps kept their foot on the pedal, as Bolaños, Techera, and substitute Alphonso Davies kept pressing on to keep Melia busy. The home side was rewarded in the 67th minute after Davies won a free kick with his aggressive play along the left wing. On the resulting set piece, Bolaños’ free kick connected with Parker, as the centre back towered over everyone to score his first MLS goal with a glancing header to give Vancouver the 2-0 edge.

There was no shortage of action in the dying minutes, with Montero coming close again but finding the right post on a header and the ‘Caps standing tall against a desperate Kansas City attack, as the ‘Caps held on for the thrilling 2-0 victory.

Whitecaps FC begin the quest for their second Voyageurs Cup on Tuesday evening at BC Place when they host Montreal Impact. The Canadian Championship semifinal first leg kicks off at 7 p.m. Visit whitecapsfc.com for tickets.

ADDITIONAL NOTES: Matías Laba was shown his fifth yellow card on the season in the 89th minute and will have to serve an automatic one-match suspension due to yellow card accumulation next Saturday versus D.C. United… The BC Place crowd stood and applauded in the 35th minute of the match in the memory of former WFC Residency player Travis Selje, who passed away last May 3. This is in honour of his squad number, 35, which also represented his birthday of March 5.

MCMILLAN ‘CAPS CORNER KICK DONATIONS
For every ‘Caps corner kick at home, McMillan donates $100 to the United Way. An additional $500 is donated for every goal scored off a corner kick. This match McMillan Corners for Kids has donated $800 for a running total of $2,700.