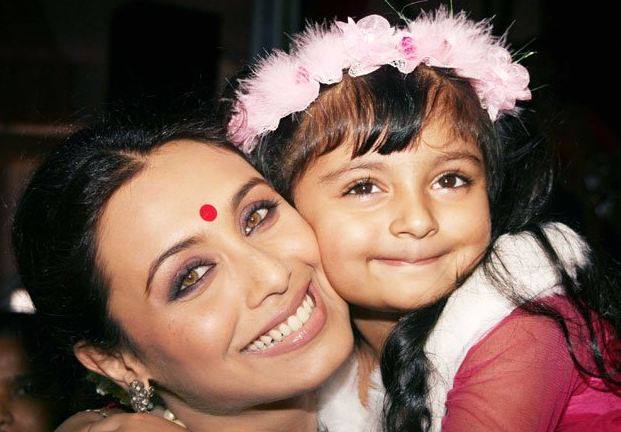 New Delhi (PTI): Rani Mukerji went through the usual anxiety of a mother when she started “Hichki” after Adira’s birth, but the actor is confident that her daughter will one day be proud of her working parents.

The actor said more than her, it was her filmmaker husband Aditya Chopra who wanted her to get back to the sets.

“I had this anxiety about leaving my daughter at home because it was going to be a new environment for her. She is not going to see me for a few hours, which she is used to. It is a dilemma that every working mother goes through where you face this anxiety,” Rani told PTI in an interview.

“The child will soon get used to it. I am sure Adira will understand that both her parents leave home for work. It will be normal and it will be something that she will be proud of.”

In India, many working women leave their jobs after they embrace motherhood but Rani believes things are changing now as fathers are getting more involved in the upbringing of their children.

“People are still not ready to accept it. It is a hesitation that they need to overcome. Obviously, a child is more attached to the mother. But now fathers are also getting involved.”

The actor said society needs to do away with the stigma attached to men contributing in the house chores and child rearing.

“When we expect that men should go out and work, those men should also be encouraged to participate in the house work. What happens is that they are discouraged from doing it.

It is a mental block that we need to overcome.”

The actor said Aditya, who runs the Yash Raj Films, was instrumental in her return.

“As a director-producer, he understands that I also have a responsibility towards the people who have given me so much love and adoration. Now that I have a new family, I cannot leave my old family behind. I have to stay in touch with my fans. It is a part of me, which I cannot separate from,” she said.

The year 2017 saw a major upheaval in terms of women’s movement with a lot of debate surrounding feminism.

Asked about her opinion, Rani said, “It should start at home. The day every woman starts to make a difference in the house, a change will come in the country. You can’t bring about a change by just talking about feminism. If one wife decides not to put up with the injustice that her husband does, things will start to change.”