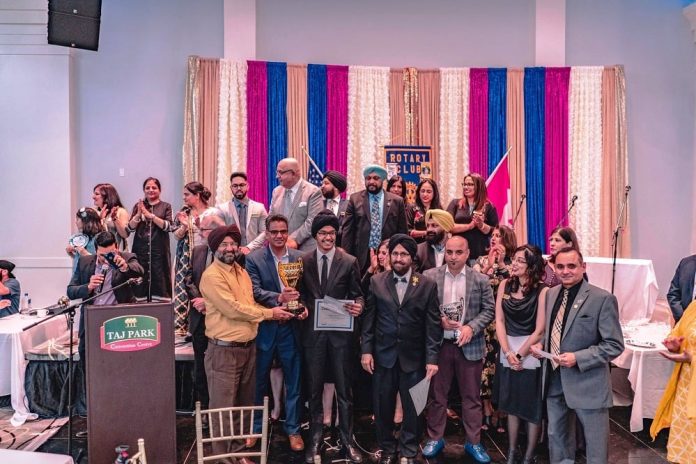 THE Rotary Club of Surrey–Newton organized its 2nd Annual ‘The Debaters’ event on May 5 at the Taj Park Convention Center in Surrey. The event is a debate competition for high school students from Surrey and the Greater Vancouver / Lower Mainland area.

Twelve finalists participated in the final event where highly passionate debates were witnessed by an audience of more than 400 people on topics as diverse as the Kinder Morgan pipeline, gangster music and its influence on the youth, and the current state of social media and its influences. A total prize money of $15,000 was won by the students.

The debate was judged by Jonathan Driver from the Department of Archaeology at SFU; Colleen McGroff from Kwantlen Polytechnic University – Surrey; Judy Henriques, Instructor at the Surrey Community College; Karen Dosanjh, VP of Marketing and Communications, OSI Consultin; and Jasbir Romana, radio host at the KRPI 1550 AM Radio.

President Harbhajan Parhar of the Rotary Club of Surrey Newton Club said that it was heartening to see the excitement of the local kids and their strong preparation and active participation in this debate. He said he was thankful to local sponsors and volunteers who came together to make this event a success and contribute towards our common objective of promoting leadership and critical thinking skills in our young students.