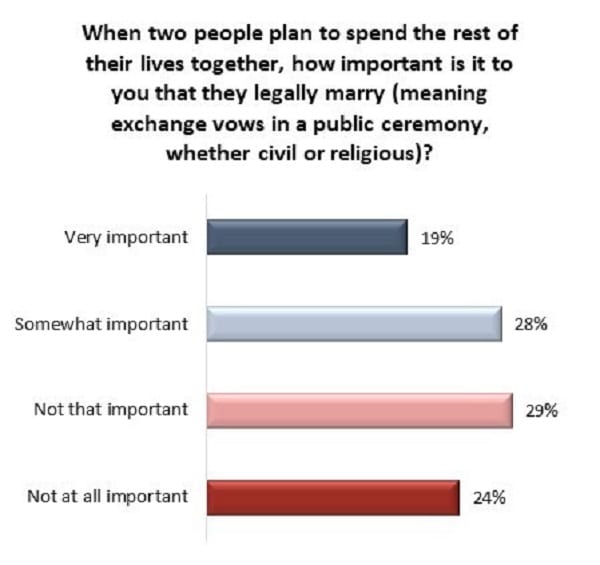 Fewer than half (47%) say it is important to them that a couple that plans to spend the rest of their lives together get legally married. Slightly more than half (53%) say “marriage is simply not necessary.”

That said, a majority are of the view that getting hitched is “a more genuine form of commitment” than living in a common-law relationship.

These shifting views on the role of marriage in Canadian society are reflected in respondents’ reporting on their own marital status. Nearly three-quarters of 18-34-year-olds (73%) have never been married, and one-in-six in this group say they’re not particularly inclined to, ever.

Religion, Faith and the Public Square