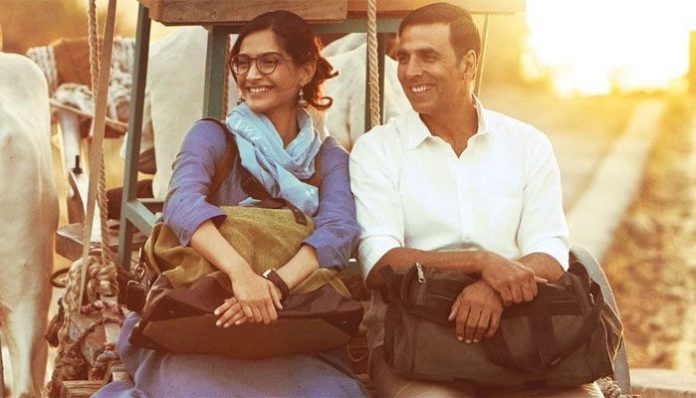 Mumbai (PTI): Revealing her first look in Padman”, actor Sonam Kapoor today said it was a joyous experience to work with the “indomitable” Akshay Kumar in the real-life inspired story.

Directed by R Balki, the movie is based on the life of Arunachalam Muruganantham, who invented the first low-cost sanitary napkins in India.

“Such a pleasure working with the indomitable Akshay Kumar. He was the perfect person to play the role of ‘Padman’ and has brought a sense of humour and love to the film,” Sonam wrote, unveiling her first look from the film.

“Of course, none of these would have been possible without the humble visionary R Balki,” she added.

Praising Akshay in another tweet, she wrote, “Dreams & dedication are a powerful combination – William Longwood.

Padman is an incredible story that Akshay Kumar has brought to life with such grace and humility. Coming to a city near you!”

The National Award-winning actor also shared Radhika’s look from the film and tweeted, “The REASON he became #PADMAN…”

The movie is scheduled to release on January 26.