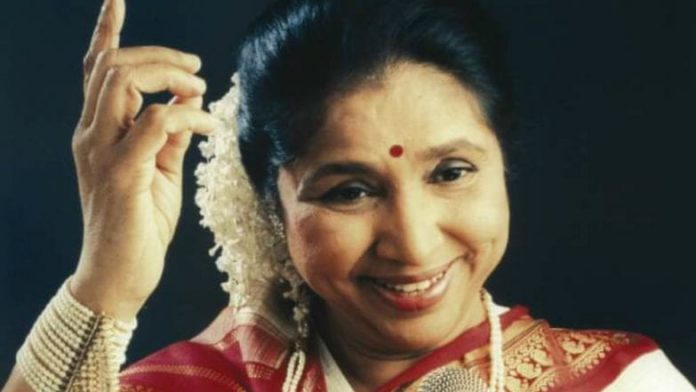 Kolkata,  (PTI): Singing legend Asha Bhosle has said that she appreciates the music sense of the Bengalis as they never put pressure on her for singing popular Hindi movie songs and leave it to her choice in any public event.
“Unlike other places I am not flooded with requests for humming my popular playback tracks here as you are listening to whatever I say. I appreciate that,” Bhosle said at a function here yesterday volunteering to sing a Marathi classical number composed by her father Deenanath Mangeshkar.
“This song has a classical base. My father used to compose lyrics and put them to music in a different manner,” she said about her father who died when Bhosle was young.
Bhosle, who besides Hindi sung in over 20 Indian and foreign languages, said at the age of 84 she could recall the experience of the past 75 years.
“I had rendered thousands of film songs ever since, but what I was taught by my father and what I have been singing in films are totally different,” said the Padma Vibhushan recipient, who made her Hindi film debut in the song ‘Saawan Aaya’ for ‘Chunariya’ (1948) and had her first solo Hindi film song for the movie ‘Raat Ki Raani’ (1949).
“I had also sang many Bengali songs and Rabindra Sangeet and will always cherish that experience. Unfortunately I have forgotten Bengali,” said the first Indian singer nominated for the Grammy Award for ‘Legacy’, an album with Ustad Ali Akbar Khan.
The singer rendered her first Bengali song in 1958 and recorded her very first Durga Puja songs the next year.
Referring to the city, she said “I first got to know about Kolkata by reading the novels of Sharat Chandra Chattopadhyay when I was a child. I came to know that Bengalis love fish and unlike other communities consume milk products after lunch. I got curious about your culture and came to know about it personally when I visited Kolkata for the first time in 1952,” the Dadasaheb Phalke Award recipient said after receiving the lifetime 26th P C Chandra Puraskaar.
Bhosle also complimented Bengali women as one of the most beautiful ones and said Sharmila Tagore, who was present, also “epitomises this beauty and elegance.”
About the award, Bhosle said, “I feel humbled to receive such an award which had previously been bestowed on personalities like eminent scientists and classical musicians