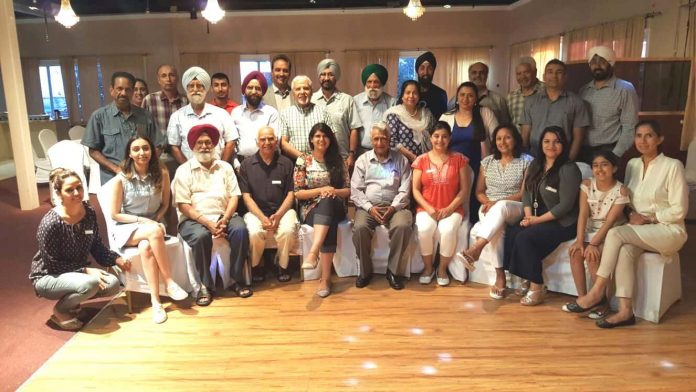 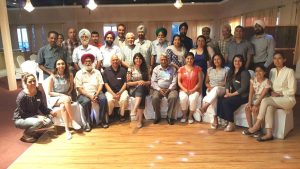 THE Punjabi Language Education Association (PLEA), which has been promoting Punjabi for more than 23 years, brought together a number of its well-wishers and supporters on July 6 at their appreciation dinner.

Sadhu Binning and Balwant Sanghera provided an update on the current situation of Punjabi in the province. Punjabi is now being taught in seven secondary and four elementary schools in Surrey. Another secondary school – Sullivan Heights – is expected to offer Punjabi in September.

The Surrey School District has established a Second Language Working Group under Director of Instruction Neder Dhillon’s leadership. This group has PLEA representative Ranbir Johal on it. PLEA is hopeful that this working group will facilitate the introduction of Punjabi in as many elementary and secondary schools as possible. Surrey is now the largest school district in the province with more than 71,000 students. Out of this, more than 15,500 students are from Punjabi families.

In addition to Surrey, Punjabi classes are underway in North Delta Secondary School, Burnaby South Secondary, two New Westminster schools – N.W. Secondary and Queensborough Middle School. Walter Moberly Elementary School in Vancouver has been offering Punjabi for a number of years. Well-wishers of Punjabi in Abbotsford have got Punjabi classes underway in a number of elementary and middle schools as well as a secondary school there. In addition to that, Punjabi classes have been underway at the University of British Columbia, Simon Fraser University, and University of the Fraser Valley and Kwantlen Polytechnic University.

For quite some time PLEA has been in discussion with the SFU administration to set up a sustainable chair or something similar to recognize the Punjabi language, literature and heritage in some form. PLEA thanked the Indo-Canadian Business Association for its financial commitment and support in getting Punjabi classes under way at SFU, Surrey campus.