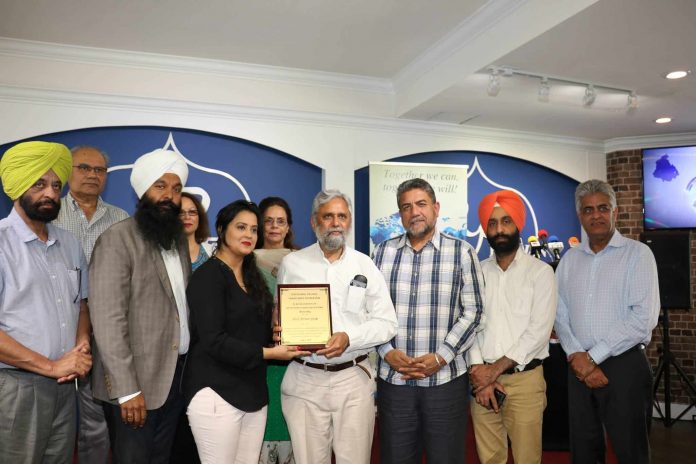 OUR Global Village (OGV) Charitable Foundation on July 6 held a public forum to demystify and understand the intertwined realities of the environment, the economy and politics.

Meera Gill, on behalf of the OGV Foundation, spoke of the vision behind hosting this public forum: The Global Green Connection – Environment, Economy and Politics. The organization believes that any lasting social, cultural or political change can only be brought about by collaboration of the public, scholars and government officials and most importantly by the active participation of people.

Sukh Dhaliwal, M.P., noted that Prime Minister, Justin Trudeau has issued a clear mandate on climate. The Canadian government will take action to meet the country’s obligation towards citizens across the globe and be an international role model.

Randeep Singh Sarai, M.P., reiterated that the Canadian government would uphold its commitment to Canadians and citizens of all countries to do their part in preserving the environment.

Guest speaker Prof. Pritam Singh of Oxford Brookes University spoke about the global situation. His many years with the university’s economics department have been spent on research and teaching of environmental and development economy of the globe. The key message that he shared for the base user of any commodity was ‘reduce, recycle and reuse’ with the most emphasis on reduce. At the macro level, he emphasized strongly on the new eco-socialism system as, according to him, both the past socialism as well as capitalism have failed the human race.

The OGV Foundation honoured Prof. Singh with a plaque in recognition of his outstanding research and in appreciation of his distinguished scholarly contributions towards environmental economy, political economy and human rights, with special reference to Punjab.

Balbir Singh Seechewal aka “Eco Baba” spoke about his “Kali bhei” project with which he cleaned a 160-km-long water body and managed the sewerage water to make it useful for irrigation. Fifty villages are getting benefits from this water purification system. Furthermore, he has provided education facilities from elementary to Masters programs. His prime focus is to respect the nature and use an abundance of its gifts to keep it naturally clean for generations to come.

OGV Foundation awarded Seechewal with the Ambassador of Mother Nature Award in appreciation and recognition of his dedicated noble efforts to restore and preserve the environment.

Representing the City of Surrey were Councillor Tom Gill and Neal Aven, urban forestry and environmental programs manager, who spoke of the many projects such as community gardening and tree planting that have been successfully running in the city for years.