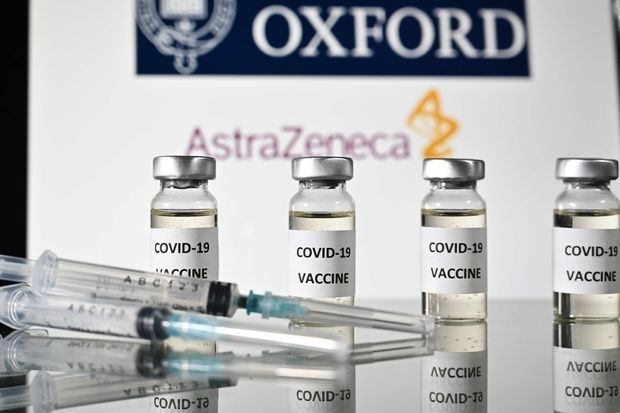 New York (IANS): The COVID-19 vaccine, developed by Oxford University and AstraZeneca and distributed in India as Covishield, that has been questioned by some European countries has received a shot in the arm with a US trial of over 32,000 people giving it 79 per cent efficacy.

The company said on Monday that the Phase 3 trials in the US showed an efficacy of 80 per cent in people over the age of 65, the most vulnerable group for contracting COVID-19 with deadly consequences. Twenty per cent of the trial participants were over the age of 65.

The vaccine, known by the scientific name AZD1222, was 100 per cent effective in preventing hospitalisation, the company said. It means that even those who contracted COVID-19 after vaccination had only less severe symptoms and did not need intensive treatment in a hospital.

The independent Data Safety Monitoring Board (DSMB) which reviewed the trial results found no safety issues, the company said.

The trial results showed no evidence of blood clotting risks, which had been claimed by some European countries that stopped the using the vaccine for a few days, AstraZeneca said.

The European Medical Agency (EMA), which has approved the vaccine, had already debunked the claims of a link to clotting.

The US study reinforces the efficacy and safety results of the the Oxford-AstraZeneca vaccine trials in India elsewhere.

It has already been already approved for emergency use in India and more than 70 other countries, but was required to conduct a separate trial in the US to get approval for use in the country.

The World Health Organisation has also authorised its use and the vaccine made by the Serological Institute of India is the backbone of the programme known as COVAX to supply it to developing countries.

AstraZeneca said that it will apply to the US Food and Drug Administration for emergency use authorisation based on the study.

The US study was a double-blind trial in which two out of three participants received the vaccine, while the other received a placebo — a dummy injection of safe saline water — to evaluate if the vaccine is effective among those receiving the vaccine by comparing the infection in the two groups.

In a double-blind trial, neither the participants nor those giving the jabs know if it was a placebo or a real vaccine so that all the participants face the same infection risks without altering their behaviour.

Ann Falsey, the co-leader of the trial, said: “These findings reconfirm previous results observed in AZD1222 trials across all adult populations but it’s exciting to see similar efficacy results in people over 65 for the first time.”

The Professor of Medicine at the University of Rochester School of Medicine, said the trial of the vaccine showed that it is “offering confidence that adults of all ages can benefit from protection against the virus”.

Another significant finding of the study is its efficacy with people having conditions that make them more vulnerable to the disease.

Of all the participants in the study, only 141 came down with Covid-19 with discernible symptoms, according to AstraZeneca.

The company said that about 60 per cent of the participants had co-morbidities associated with an increased risk for severe COVID-19, such as diabetes, severe obesity or cardiac disease.

The DSMB specifically reviewed the trial results for clotting — thrombosis — with an independent neurologist but found no increased risk among the 21,583 participants who had received the vaccine, the company said.

AstraZeneca received more than $1 billion from the US government’s Biomedical Advanced Research and Development Authority (BARDA) under former President Donald Trump’s “Operation Warpspeed” for developing and producing the vaccine.

It also has an agreement with the US Defence Department’s Joint Program Executive Office for Chemical, Biological, Radiological and Nuclear Defence for producing the vaccine.

The US is already vaccinating its people with three vaccines made by Pfizer, Moderna and Johnson & Johnson and it may not need all the 300 million doses it had contracted to buy from AstraZeneca.

President Joe Biden’s administration has agreed to send 2.5 million doses of the AstraZeneca vaccine to Mexico and 1.5 million to Canada.

It may divert more of the contracted supplies to other countries since it will not need most of them, having already given at least one dose to 24.5 million people according to Bloomberg Vaccine Tracker.