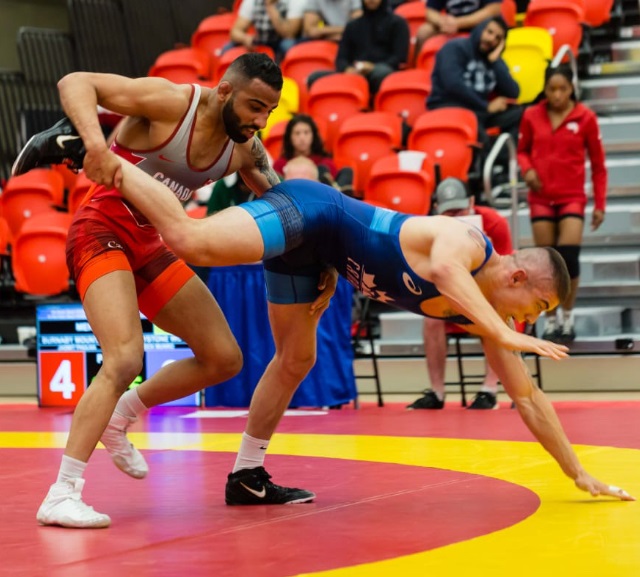 JASMIT Phulka will be the only South Asian on the Canadian wrestling team that is headed for the Senior World Wrestling Championships in Nur-Sultan, Kazakhstan, in September, after winning in the 79 kg free style category last weekend at Calgary at the Non-Olympic Weight Trials. Jasmit, seen in this photo wrestling with Manitoba’s Brock Munro, won all four matches against the top wrestlers in Canada: vs. Miles Kent (Alberta) 10-0; vs. Brock Munro (Manitoba) 10-0; vs. Sam Barmish (Quebec) 7-3; and vs. Shawn Daye Finley (Alberta) 4-4. Jasmit, 25, who graduated from Abbotsford’s Rick Hansen High School, has been wrestling since grade 4 with Abbotsford’s Miri Piri Wrestling Club under famous head coach Sucha Mann. Mann told The VOICE that this world championship is the first qualifying tournament for the 2020 Tokyo Olympics.

This story appeared in our Saturday, July 6 print paper

MAYORS from 13 of B.C.’s biggest cities on Wednesday called on all provincial parties to commit to addressing mental health and substance...
Read more

THE B.C. Liberals said on Wednesday that as communities across British Columbia continue to deal with the fallout from the NDP's warehousing...
Read more