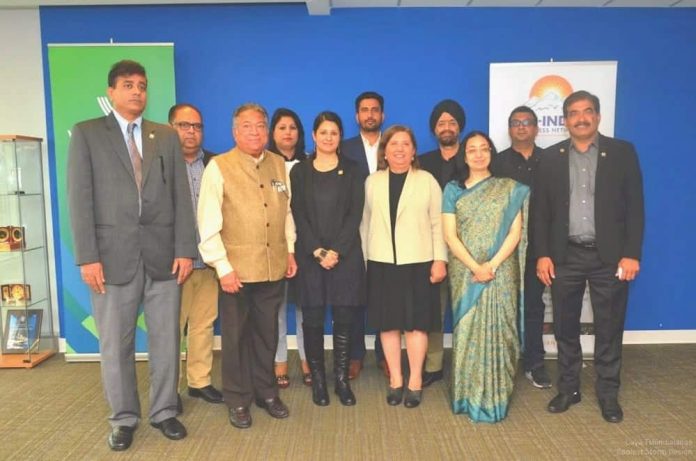 The delegation consisted of SME (Small and Medium Enterprises) representatives from the Punjab, Gujarat and Chennai in a wide range of sectors including automotive, agriculture, clean tech, export-import, and manufacturing. BCIBN members were keen to have the opportunity to network with business persons seeking to engage in bilateral trade between Canada and India. BCIBN and ICBC delegates were appreciative of the opportunity to hold this event at the Vancouver Economic Commission offices in Vancouver.

BCIBN members and ICBC delegates enjoyed an opportunity to network and socialize, enjoying a traditional Indian buffet. Pikee Sharma invited BCIBN members to join them in New Delhi for the ICBC annual meeting on November 27, noting that BCIBN members had attended previous ICBC meetings both in 2016 and earlier this year for Prime Minister Justin Trudeau’s delegation to India. Vivek Savkur remarked on the strong and longstanding relationship between BCIBN and ICBC members and they are looking forward to maintaining the ongoing promotion of Indian and Canadian bilateral trade relations along with the Vancouver Economic Commission.

The BCIBN, established in December 2015, is a Vancouver-based not-for-profit and a non-partisan business network organization dedicated to building, promoting and maintaining economic and cultural ties between British Columbia and India.