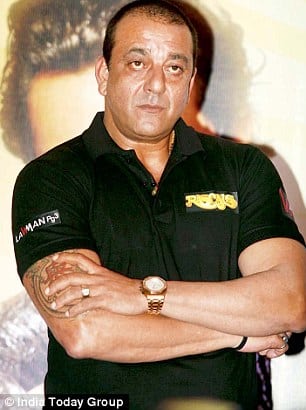 THE Munna Bhai star was named as the main receiver of Mumbai woman Nishi Harishchandra Tripathi’s possessions after she passed away in January. Tripathi, a huge fan of Dutt and his films, passed away aged 62 from a terminal illness on 15 January. She left all of her belongings to Dutt, leaving a detailed letter about her valuables and a nomination form to the name of ‘film star Sanjay Dutt’ to the Bank of Baroda in Walkeshwar.

However, Dutt, 58, has said that while he is ‘deeply humbled’, he will not accept Tripathi’s gift. According to Dutt’s lawyer Subhash Jadhav, the actor told the bank: ‘We are overwhelmed and deeply humbled by the gesture of the fan. ‘I am not personally acquainted with her and never met her. So I waive my rights as a nominee of the account and the [safe deposit] locker.’ According to the Mumbai Mirror, Mr Jadhav said that Dutt has ‘no idea of the worth’ of Ms Tripathi’s savings, and that they will ‘adhere to any legal proceedings necessary to transfer the money and valuables back to the [Tripathi] family’.

Tripathi was survived by her 80-year-old mother and three siblings, none of whom knew about the will. Dutt, a father-of-three, has gained huge success from films including the Munna Bhai series, Naam and Vaastav: The Reality. However, he was arrested in connection of the Mumbai serial blasts in 1993, accused of accepting a delivery of weapons at his house. He has been in and out of jail numerous times in relation to the bombings, last being released from prison in February 2016.